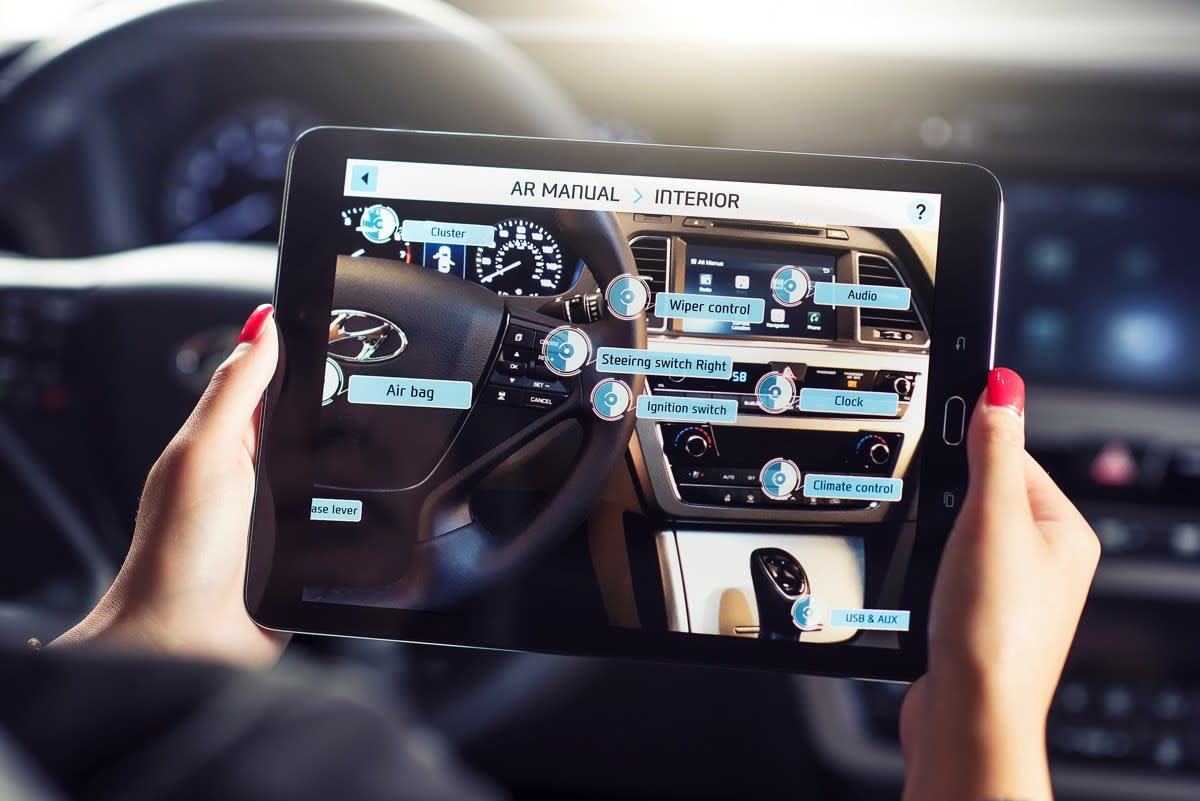 Augmented reality showrooms are one thing, but Hyundai using that tech to make learning about your new car more interesting. This week, the automaker announced its an augmented reality owner's manual app for Android and iOS. The Hyundai Virtual Guide plays nice with both smartphones and tablets, offering details on repairs, maintenance and vehicle features. Hyundai says the app will only provide reference materials for the 2015 Sonata at first, but other models will be added soon after. There's 82 how-to videos, six 3D overlay images for areas like the engine bay and over 50 guides to serve up all the details in a format that's should be engaging that flipping pages. This isn't the first time owner's manuals have gone digital, and despite Hyundai's claim, it's also not the first to include augmented reality. The apps are available now, free of charge, via either iTunes or Google Play.

12
In this article: app, augmentedreality, car, cars, hyundai, manual, ownersmanual, software, sonata, transportation
All products recommended by Engadget are selected by our editorial team, independent of our parent company. Some of our stories include affiliate links. If you buy something through one of these links, we may earn an affiliate commission.