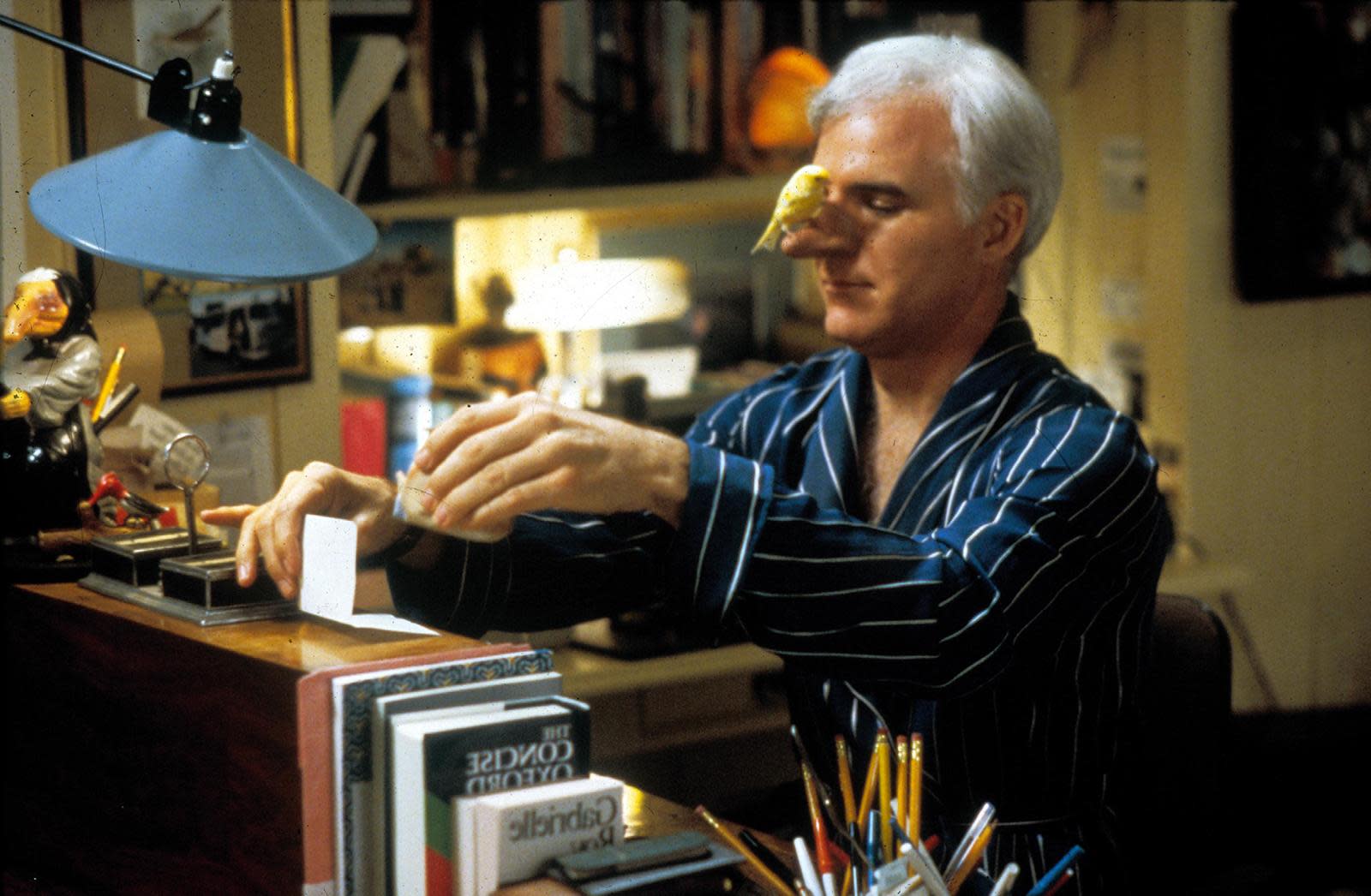 Machines still have a lot to learn about matters of the heart.

When you're a writer, people expect you to write. And when you're courting someone the pressure to write for them, and to do it well, is amplified. My most recent romantic conquest, a Mexican interior designer, lived in LA. He was a diehard romantic, hundreds of miles away, and despite a slight language barrier, he had a way with words that I struggled to match. He had the ability to make me melt with a single text. I, in turn, would sit for minutes at a time, wringing my heart and brain for just one drop of sweet sentiment.

It was in those small moments of desperation that I wished someone else could put into words how I truly felt. In my professional life I'd never entertain the thought of having someone write for me, but I romanticized the idea of my own personal Cyrano de Bergerac. The late 19th-century play may have popularized the concept, but these mouthpieces for the emotionally stunted are peppered throughout popular fiction.

In Gabriel García Márquez's Love in the Time of Cholera, one of the novel's central characters, Florentino Ariza, has so much to give after his one true love rejects him that he turns to writing love letters for those who can't seem to muster the strength. Likewise, in Spike Jonze's Her, a futuristic love story between a man and his mobile OS, Joaquin Phoenix plays Theodore Twombly, a love letter ghostwriter working at a strange human-powered fantasy factory called BeautifulHandWrittenLetters.com.

While reading a confession from former love letter ghostwriter Bonnie Downing, I came across an essay by Maria Bustillos entitled "Her: This Movie Makes no Sense," in which she points out the absurdity of Twombly's occupation: "In a world where machines can talk like Scarlett Johansson, we're asked to believe that someone would pay another person to write love letters for him."

We're not quite at Her levels of artificial intelligence quite yet, but when the world's most popular super computer has had more careers in two years than the average American will have in a lifetime, the thought of a Cyrano de Berger-app doesn't seem so far-fetched. Fortunately for tongue-tied lovers and the objects of their affection, these apps do exist. Unfortunately, they're all terrible, miserable piles of shit. Excuse my language, but if you've used one of these things, then in all seriousness you deserve to be alone for a very, very long time.

Apple's App Store is full of programs promising to deliver perfect, prepackaged or personalized love letters and text messages for any occasion. Many are rife with typos, misspellings and bad grammar and the reviews, should they exist, are either scathing or written in equally broken English.

"If I told you you had a beautiful body, would you have sex with me?"

Perhaps the most refined of these, the cleverly named Romantimatic, was created for those lovers who just can't seem to find time for the people they care about. After selecting your "sweetheart" from your contacts, the app asks how frequently you'd like to be reminded to remind your loved one that you really do love them, really. When an alert pops up telling you it's "time to send some love" you can either select from a series of canned messages or send your own. Should you decide to pursue the former, you're given a total of 31 texts that range from the simple "I love you" to the clearly created by a bro-grammer "If I told you you had a beautiful body, would you have sex with me?" But let's be real, if you can't remember to say, let alone be bothered to type out, "I love you" once or twice a day, you're probably not in love in the first place.

For those who truly are in love and are looking to drop more than a clumsy take on a played pick up line, there's "My Love," which boasts "3,000 ways to say 'I love you' (or not)." That "or not" comes in the form of "break-up quotes," if you're wondering. The app is broken up into six distinct sections: "Love love ..."; "About the love"; "International love"; "Difficult love"; "Beginning and end"; and "My Favorites". Because after you've perused this nightmare library of broken English emotion, you're definitely going to want to remember greatest hits like:

"I m going to write on the bricks I MISS U and i wish that one falls on ur head,so that u knows how it hurts when u miss someone special like u."

"Two small kids, boy and girl were crying .... Someone asked why are you both crying???. Girl said my doll has broken.. Boy said- bcoz my doll is crying ...."

Then there's tête à tête, which uses prompts to coach you through those hard to explain feelings with a series of scripted "love mails," essentially creating short textable letters for that special someone by filling in the blanks. Should you come up short, the app provides recommendations under the headings "Inspiration" and "Beethoven would write." I apparently did not understand the assignment:

Assuming you're as bad at following prompts as I am, the app also features Love MadLibs (which I'm sure is totally not a trademarked brand) in four flavors: "I love you like ..."; "How do I love thee?"; "I like your body"; and "A movie." Don't ever, ever try this at home. I selected "I like your body" (because I do) and came up with this:

Sweetie,
I love your Butt.
They are So warm and loving
I would like to touch them
and kiss them between meals.

So, the app store is a wasteland of canned sentiment, but there are still real-life people out there writing love letters everyday, to people they've never met for people they hardly know. And, whether you feel strongly that these sorts of messages should come from the heart (the heart of the sender specifically) or not, they can't be any worse than what the app store has to offer.

We're likely decades (if not more) away from real man-machine love affairs like the one featured in Her. Assuming that day does come, machines will be sophisticated enough to act as your love liaison. But for now, I think it's safe to say, that no matter how hard you stumble, no matter how hard you fall, you're better off leaving the love letter writing to sentient beings. Even if that being's heart isn't beating inside your chest.