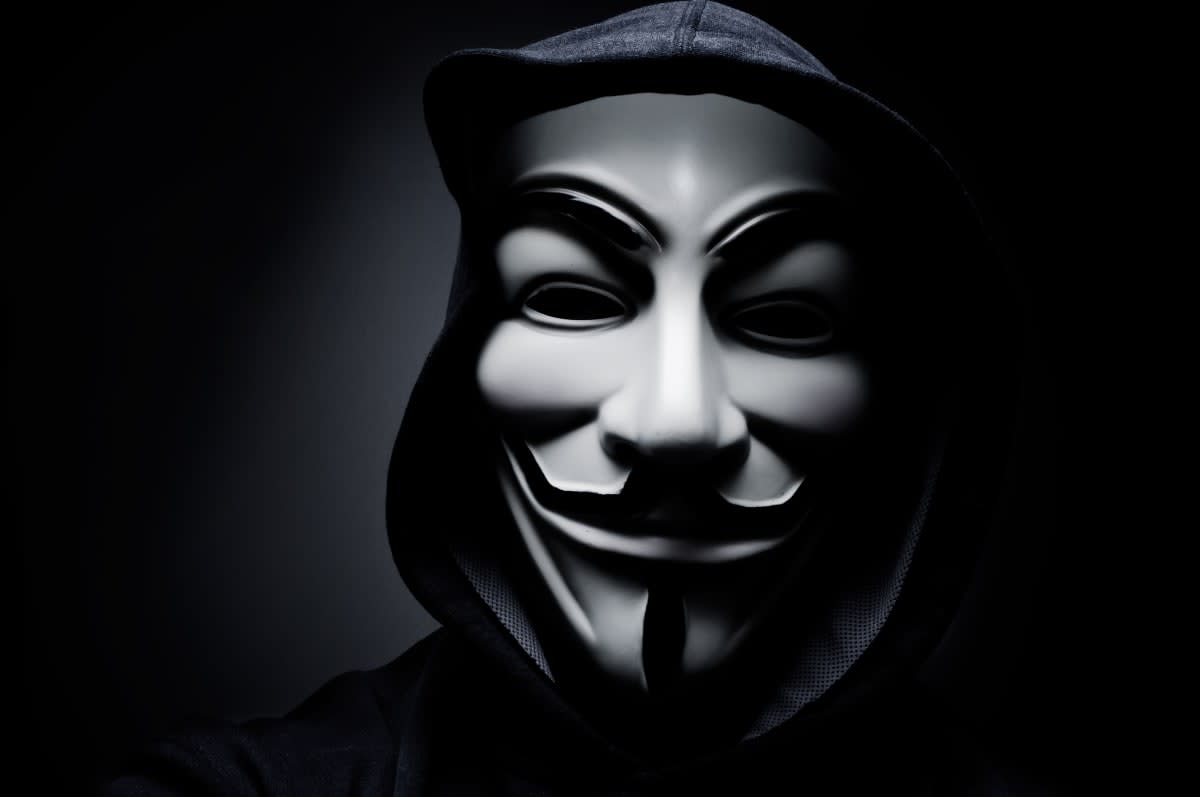 In the wake of ISIS' coordinated attacks on Paris Friday night that left 129 civilians dead and scores more injured, the loosely-affiliated hacker collective known as Anonymous announced Sunday the launch of a massive cyber-campaign, dubbed #OPParis, designed to scrub the terrorist organization's influence from the internet while French airstrikes wipe ISIS strongholds off the map. "We can not fight them with guns and rifles," an Anonymous spokesperson told the BBC, "stopping their propaganda is an effective way to weaken their manpower and their presence in the Internet."

The announcement came via YouTube, though the video itself has since been removed. In it, a self-described Anonymous member wearing the group's signature Guy Fawkes mask stated, in French, that "Anonymous from all over the world will hunt you down. Expect massive cyber attacks. War is declared. Get prepared." The speaker goes on to promise "we will launch the biggest operation ever against you."

Anonymous has spent more than a decade hacking government, corporate and religious websites. However, after January's Charlie Hebdo massacre, Anonymous set its sights on fighting extremists online. In response to Hebdo, the collective compiled a list of more assembled than 39,000 Twitter accounts of ISIS sympathizers and claim to have had at least 25,000 of them suspended. "The propaganda of ISIS is based on advertising their actions," an Anonymous spokesperson explained to the BBC. "They want to strike terror with their name, with bloody images, with violent videos. Disrupting their communications makes it difficult to organise their attacks in a fluid manner."

With the launch of #OPParis, Anonymous plans to "identify the perpetrators of the Paris terror attacks and all terrorist organisations linked to them," the spokesperson explained, "acquire intel to dig deep into the roots of their manpower, disable their propaganda and stop their reach on social media." To that end, Anonymous announced Tuesday that it had already gotten another 5,500 accounts booted from the social site.

For its part, ISIS appears unimpressed. "The #Anonymous hackers threatened in new video release that they will carry out a major hack operation on the Islamic state (idiots)," the terrorist organization warned its followers via a Telegram channel on Monday. The missive also reportedly contained instructions on how ISIS agents can protect themselves from Anonymous' assault -- don't open links from unknown senders, don't converse with unknown parties on Telegram or Twitter DM, and change IP addresses constantly.

Those defensive measures may not be enough, however, as Anonymous has crafted a series of guides for non-hackers wishing to help in the war effort. The guides provides step by step instructions for finding and killing ISIS-linked websites as well as nixing the terrorist organization's social media accounts. "Instead of sitting idle in the [chat] channel or lurking around and doing nothing, you can benefit greatly from the different tools and guides that have been provided to you," the guide reads. "Your contribution means a lot and we encourage you to partake in all of the Op's activities if you can, the more the merrier."

Links to DDoS and MITM cyber-weapons are also included. We can't responsibly link to the guides here, so you'll have to find them yourselves on the IRC channels that Anonymous members use to coordinate their #OPParis efforts.

In this article: Anonymous, CharlieHebdo, daesh, France, GuyFawkes, internet, ISIS, Paris, security, terrorism, timeline16h4xx0rs, Twitter
All products recommended by Engadget are selected by our editorial team, independent of our parent company. Some of our stories include affiliate links. If you buy something through one of these links, we may earn an affiliate commission.