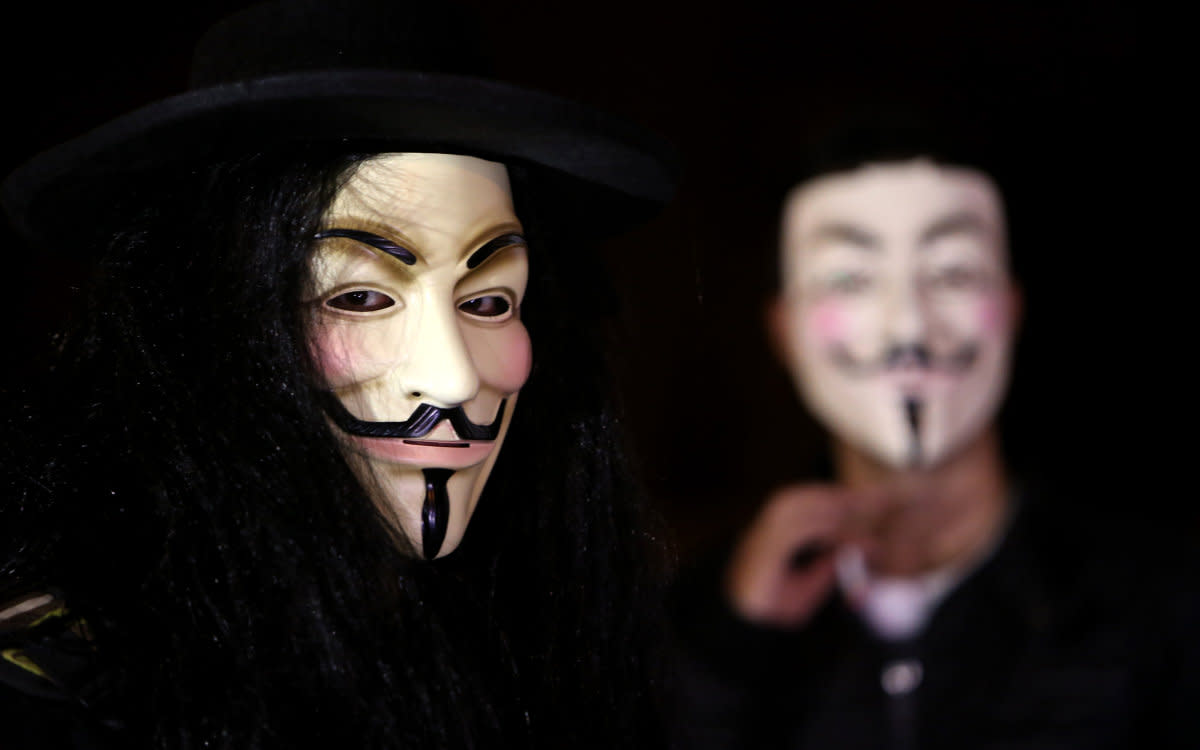 Online activist group Anonymous has followed through on its promise to divulge the names of people it believes are involved in the Ku Klux Klan. On November 2nd, Anonymous outlined its plan to release about 1,000 names, with a chosen date of November 5th for the full info dump. An early leak of the list claimed to name politicians and police officers as KKK members, though many of those "outed" at the time denied their involvement. The list released today includes fewer than 1,000 names, though it claims to reveal popular online gathering spaces for KKK members and the names of regional groups. Anonymous notes that it collected the data over 11 months through interviews with experts, public documents and "digital espionage." In some cases, purported KKK affiliates spoke with Anonymous members via chat services, the group says. "You never know who you are talking to on the internet," Anonymous writes.

We removed several names from our list for further investigation. We would rather have a smaller, accurate list that we are comfortable with

In this article: anonymous, internet, kkk, KuKluxKlan, timeline16h4xx0rs
All products recommended by Engadget are selected by our editorial team, independent of our parent company. Some of our stories include affiliate links. If you buy something through one of these links, we may earn an affiliate commission.