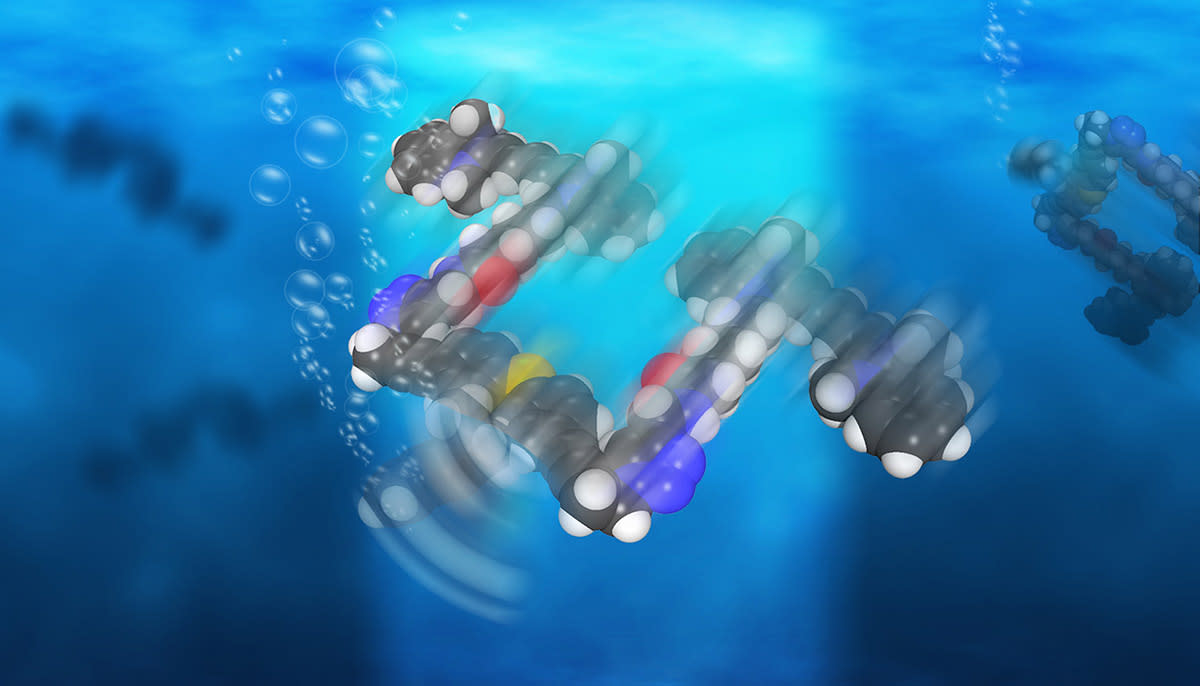 There are still no nanobots plying our bloodstreams, seeking and destroying cancer and other diseases. However, scientists at Rice University have just built a molecule-scale "submarine," so that's a pretty positive step towards "Fantastic Voyage." Mades at the same lab that developed "nanocars," the devices are a mere 244 atoms in size, with motors powered by ultraviolet light that turn at over a million RPM. That propels them along at a solid one inch per second, which is a "breakneck" pace according to lab director James Tour. "These are the fastest-moving molecules ever seen in solution," he said.

The propulsion method, developed nearly a decade ago by a Dutch lab, is ingenious. When a molecule is hit by ulraviolet light, a double-bond holding the atomic "motor" becomes a single bond and makes a quarter turn. It then jumps another quarter turn in search of its previous, lower-energy state, and the process repeats as long as the light is on. The scanning, tunneling microscopes the lab used to track the motion of its nanocars wouldn't work, since molecules in solution will quickly go out of focus. Instead, it hit the wee subs with ultraviolet light and tracked them along a red laser using a confocal microscope.

The plan is to one day use the tech to deliver drugs or other medical therapies. However, there are lots of caveats before that happens -- as usual. For starters, they need to figure out how to just aim the nano-subs, since they currently scatter in all directions. Anyway, let's put practicality aside for now, and just appreciate that someone built a freaking million-RPM submarine out of atoms.

In this article: microscopic, molecules, nanosubmersible, Nanotechnology, submarine, submersible, ultraviolet
All products recommended by Engadget are selected by our editorial team, independent of our parent company. Some of our stories include affiliate links. If you buy something through one of these links, we may earn an affiliate commission.