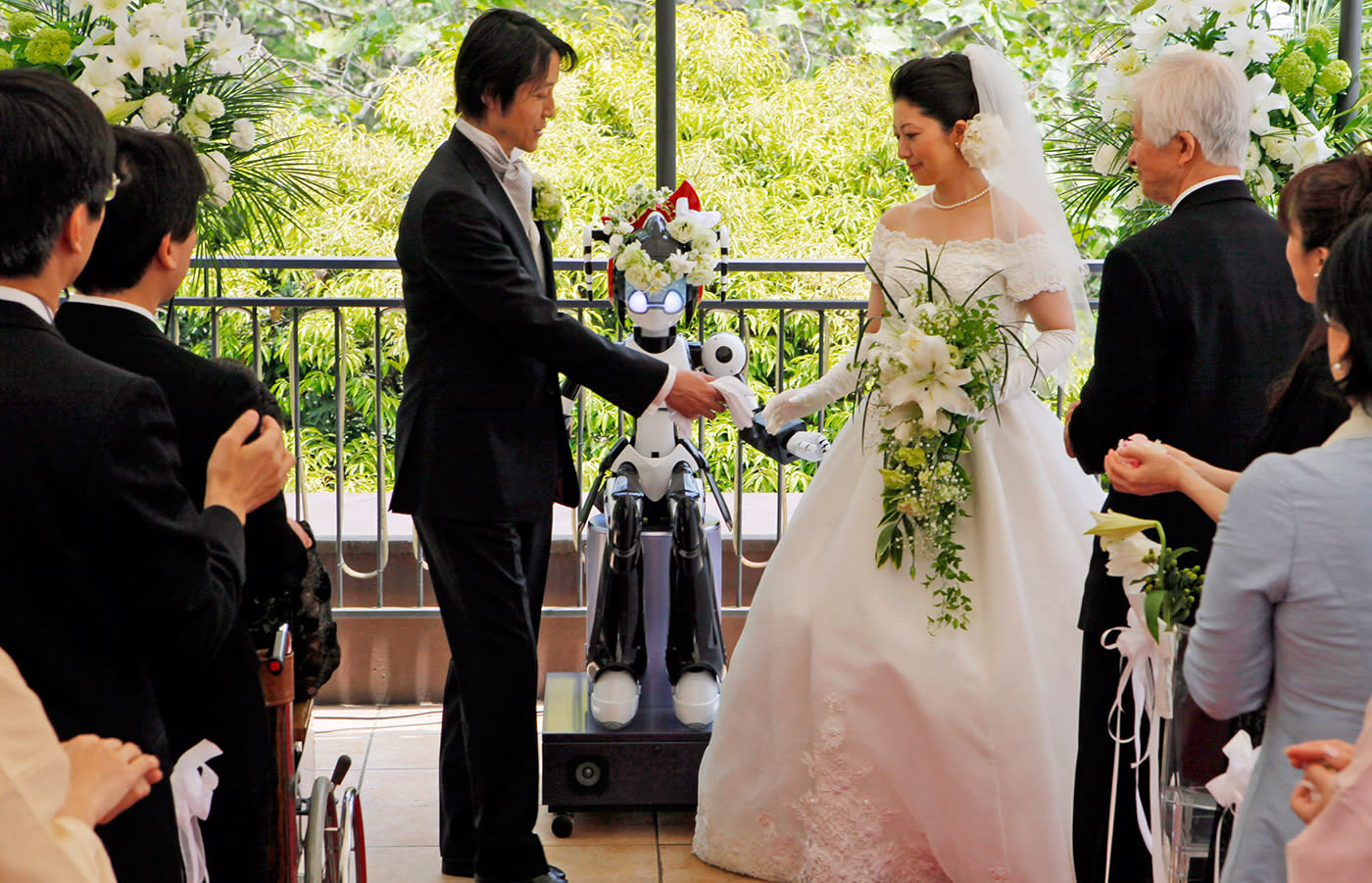 Robots have been helping out around the house for decades, but now that they've been at it for a while, they're almost ready to be deployed into the work force. It's a trial period really and these new synthetic staffers aren't always well-suited to the vocation they've ended up in. Still, they can be found working anywhere from the likes of the kitchen, to the hospitality industry and even testing the waters of super stardom. How's this all going to work out? It's too early to tell, but we've prepared a focus group so you can decide for yourself.

After countless hours laboring through the "hot and steamy work" of cutting shaved noodles by hand (dao xiao mian), Chinese inventor Cui Runquan had an idea. He created his own robotic replacement and by 2012, Runquan claimed to have sold 3,000 units of his robot chef. It can cut 130 noodles per minute at the touch of a button, but its human overlords still need to serve up the dough to keep it busy.

Unsurprisingly, Japan is diving head first into staffing hospitality ventures like hotels with as many robotic replacements as possible. The "Henn-na Hotel" has two mechanical receptionists to choose from. One is a humanoid-like female named Actdroid (also made by Kokoro). The second is a slightly lower-functioning reptilian version that still struggles with basic grammar, but has some Jurassic Park flair. A variety of robotic helpers are also on staff to shuttle luggage and deliver information, as well as room-service treats. It's more Chuck E. Cheese than realistic business model, so Marriott staffers need not worry just yet.

Come as you are

Back in the US, robotic assistants at hotels keep the anthropomorphic schtick to a minimum.

A company called Savioke is providing the hospitality industry with delivery bots to shuttle products around the hotel for guests and staff. The product is called Relay, but Crowne Plaza Hotel prefers to call its version Dash. Either way, you don't have to worry about what you are (or aren't?) wearing when you open the door -- these robots won't judge.

Chef Cui may be a one-trick pony with its singular skill, but Rethink Robotics' Baxter (and single-armed sibling Sawyer) is an adaptable and easy-to-teach worker. Handling light-weight materials and doing repetitive tasks is where this human-replacement shines. It will need supervision, but this 'bot is already taking positions on assembly lines around the world. Although it's not ready to replace a skilled workforce just yet, you better keep an eye on this one.

Being a runway model is probably harder than it looks. After doing a stint at Tokyo Fashion Week in 2009 without any fashion garb, though, Miim (or HRP-4C robot) took to the runway to see if it/she could hack it. Wedding dress designer Yumi Katsura let Miim don one of her collection's offerings and give it a whirl. Beauty is in the eye of the beholder, but Miim may have either solidified the role of professionals in the industry, or opened up the flood gates for less comely models to try their hand.

To feel or not to feel

The "world's oldest profession" may not be in danger of losing its human staffers quite yet, as the current state of sex robots (like Roxxxy here) are far from a warm embrace. However, sometimes it's a cold-hearted world and literally unfeeling courtesans may eventually find a niche. But they won't really care either way.

In this article: chefcui, robotjobs, robots, news, tomorrow, gear, entertainment
All products recommended by Engadget are selected by our editorial team, independent of our parent company. Some of our stories include affiliate links. If you buy something through one of these links, we may earn an affiliate commission.