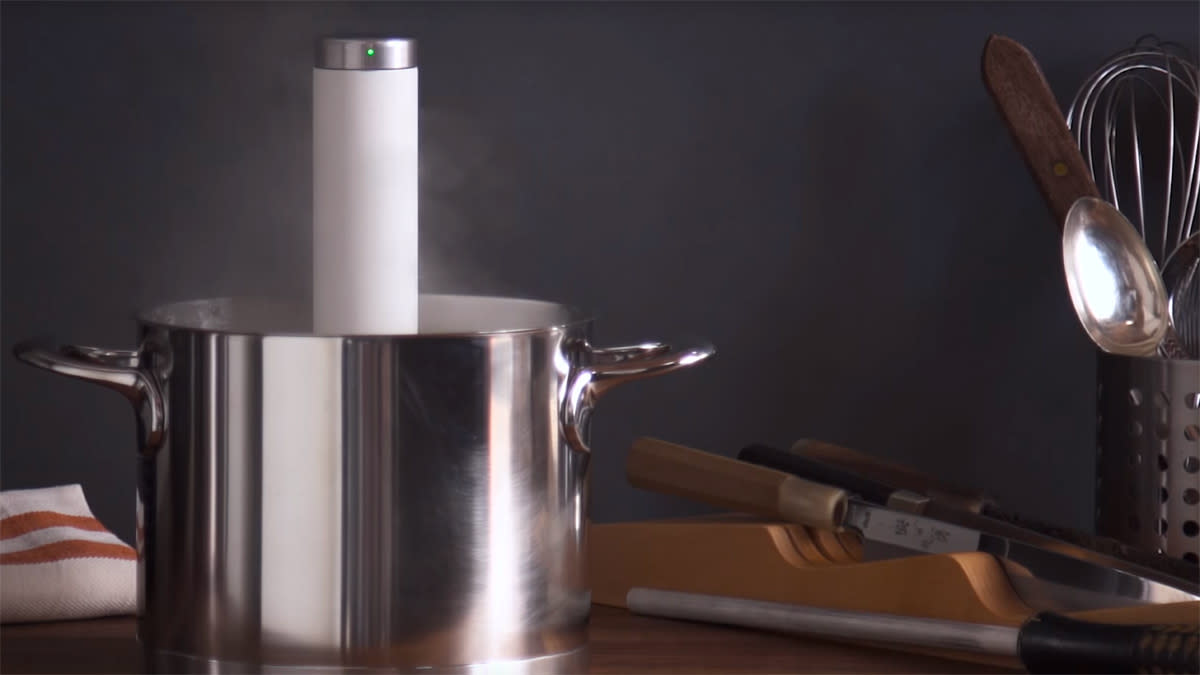 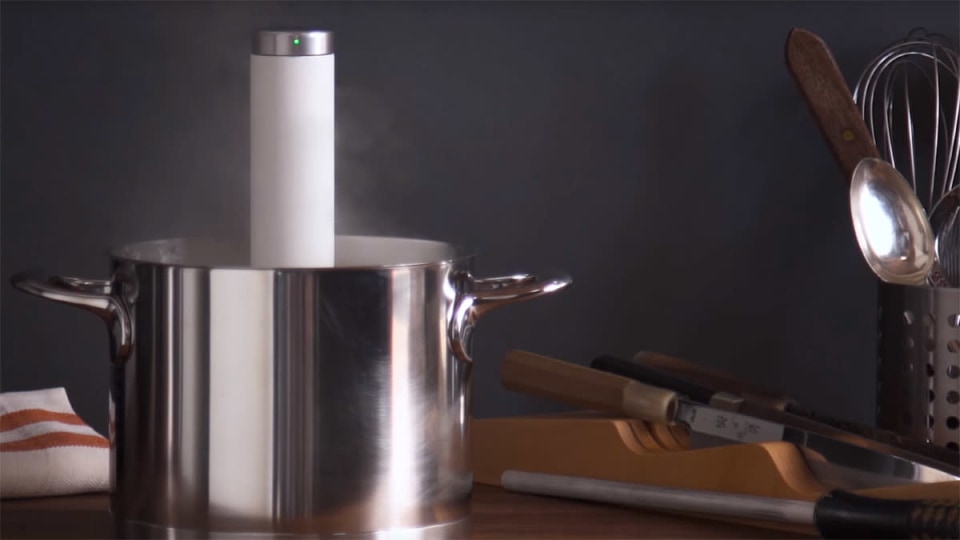 Valve founder Gabe Newell isn't just interested in gaming technology, like living room computers and virtual reality -- he also appreciates the science behind a well-prepared meal, too. The legendary game developer has poured money into ChefSteps to help them make Joule, a smart immersion circulator for sous vide cooking. Instead of fiddling with buttons on the wand to heat your water bath, you use a mobile app to set and monitor temperatures. It has presets for particular food types, and you can even have it change temperatures at different times -- if one guest prefers rare steak while another likes it well-done, you can make that happen. The hardware is small yet powerful, too, packing a 1100W heater into an 11-inch cylinder that can fit into your kitchen drawers.

Newell isn't directly attached to ChefSteps (he just gave the company a good loan). However, he tells Eater that he was attracted to the company for a philosophy that reminds him of his experiences in the gaming industry. ChefSteps approaches cooking "like an engineer," he says, and it shares his focus on tackling real-world problems.

You can pre-order the Joule now for $199 ($299 after January 15th) ahead of its May 2016 launch, and it'll give you unlimited access to ChefSteps' cooking instruction services. In that sense, it may well be worth the money. You're not only getting a device that takes some of the headaches out of sous vide cooking, but could teach you how to be a better cook in the first place.

In this article: chefsteps, cooking, food, gabenewell, gear, home, household, ImmersionCirculator, kitchen, sousvide, video
All products recommended by Engadget are selected by our editorial team, independent of our parent company. Some of our stories include affiliate links. If you buy something through one of these links, we may earn an affiliate commission.