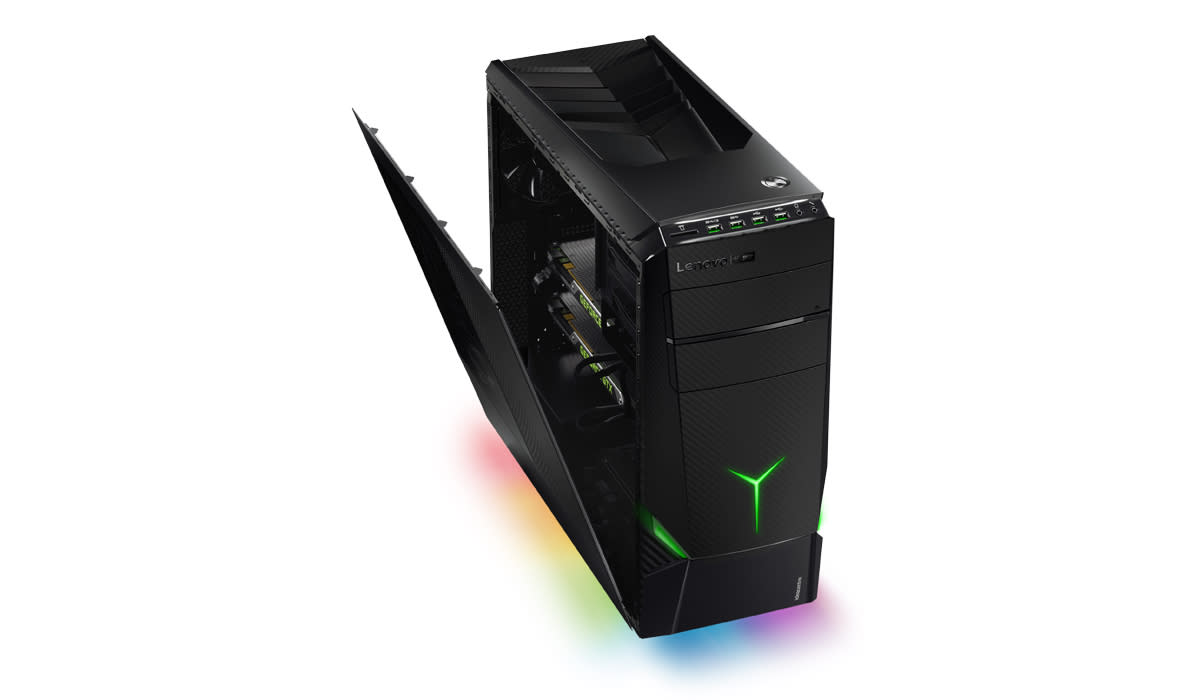 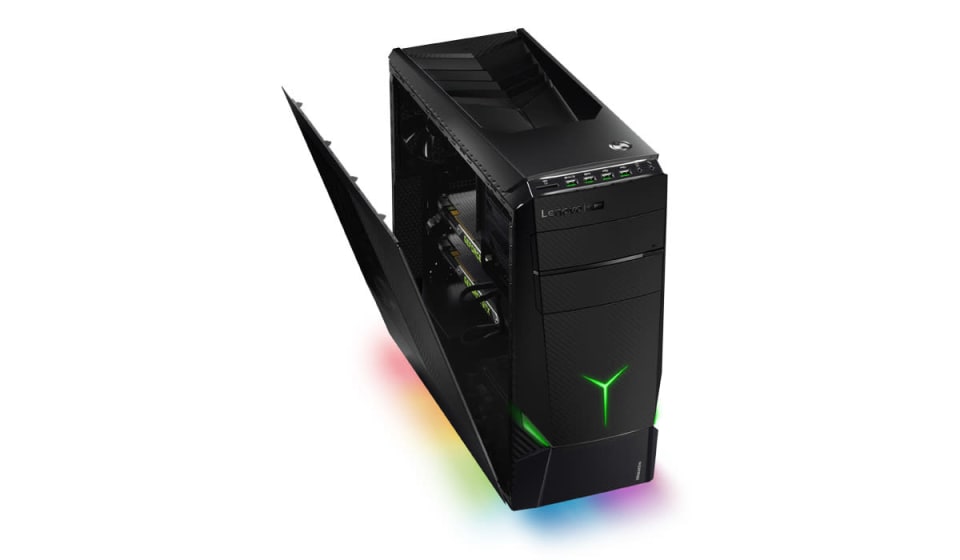 When you think of gaming PCs, Lenovo probably isn't your first choice. It has gaming PCs, but it's often far more tempting to either go with a game-centric brand or build a system yourself. Lenovo may have a way to improve its reputation, though. It's partnering with Razer on special editions of its Y series devices that pack both the performance you'd expect from a gaming rig as well as Razer's signature design cues, such as multi-hued Chroma lighting. The first confirmed project from the two is the Lenovo Razer Edition desktop you see here (due for a full debut at CES in January), but there are promises of "multiple" products and joint development of new technology.

It seems like a strange alliance, but both sides have a good reason to make the deal. Lenovo's computer revenue is dropping quickly, in part because the broader market is shrinking -- gaming is one of the few areas where you can still count on people spending big bucks on PCs. And while Razer has its own line of gaming systems, it doesn't have the weight of a big company behind it, like Alienware does with Dell. The team-up could get Razer's machines into many more homes, or at least have you thinking about Razer the next time you're looking for game-friendly gear.

In this article: computer, desktop, gaming, gear, lenovo, lenovorazeredition, partnership, pc, personal computing, personalcomputing, razer, razeredition, yseries
All products recommended by Engadget are selected by our editorial team, independent of our parent company. Some of our stories include affiliate links. If you buy something through one of these links, we may earn an affiliate commission.