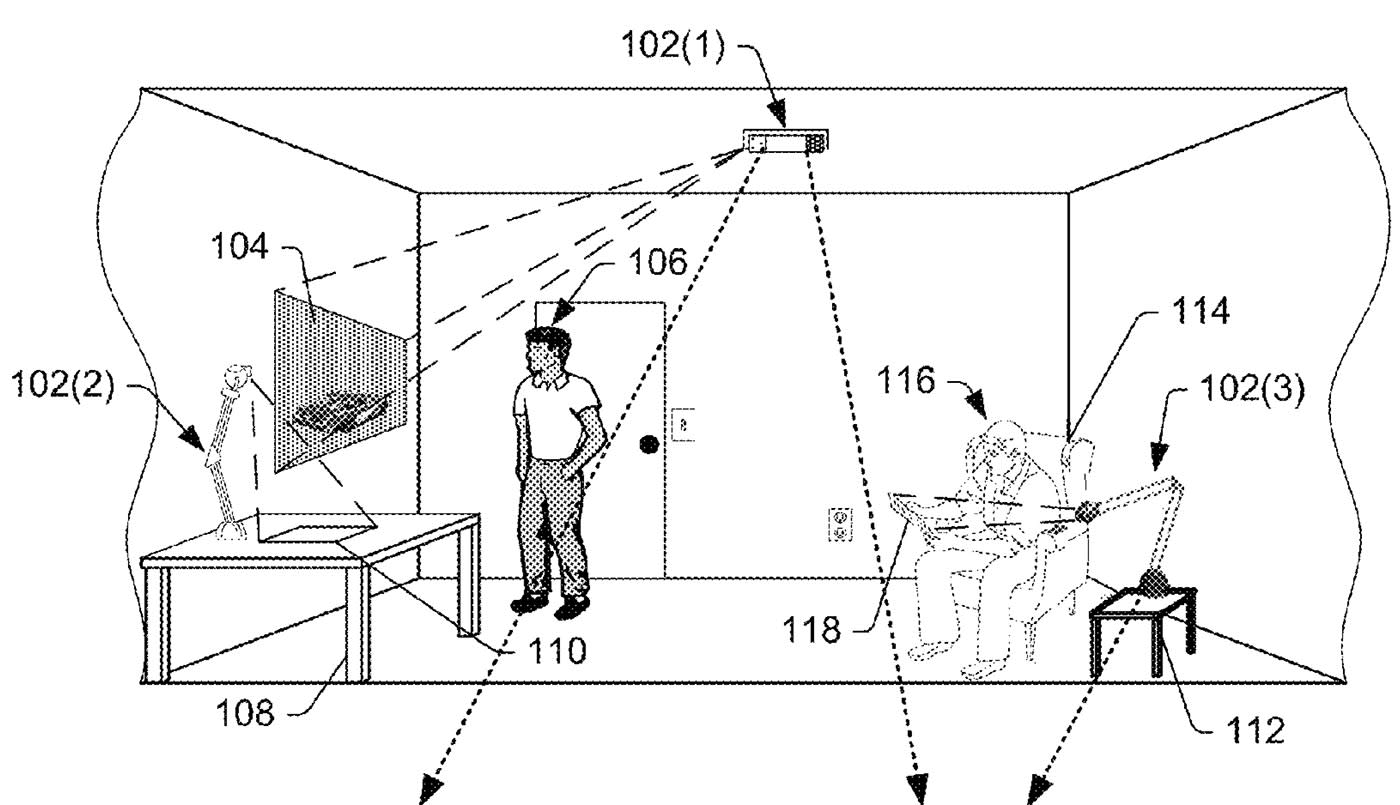 Augmented reality (AR) isn't all headsets and funny glasses. Amazon wants to turn it into something that you can interact with in your living room, judging by a couple of the company's recently approved patents. The "object tracking" patent shows how a system of projectors and cameras could beam virtual images onto real objects, and track your hand while you interact with them. The other, called "reflector-based depth mapping," would use a projector to transform your room into a kind of holodeck, mapping the depth of objects and bodies in a room.

If all of this sounds familiar, it certainly is -- Microsoft has a very similar concept called "RoomAlive" (originally "IllumiRoom") that used a combination of projectors and Kinect depth sensors to turn your room into a virtual environment (below). In demos, Microsoft showed how the system could generate a virtual room that would enhance videos and even let you interact with/shoot at game objects projected on your walls. Microsoft appears to have put the RoomAlive concept on the backburner for now (though you can try to hack one together yourself) while it focuses on its Hololens headset-based AR concept.

Amazon's concept sounds very similar, however it claims that it can depth-map the room with just a single projector, eliminating the need to "calibrate and recalibrate the system on an ongoing basis." The concept sprang from Amazon's Lab126 hardware division, which is similar to Google X and Microsoft Research labs. The division has a mixed track record, having developed the AR concept on Amazon's failed Fire Phone, as well as the relatively successful Siri-like Echo speaker. For now, the concept is just a patent, so don't get too excited until there's an actual prototype. But judging by the reaction to Microsoft's RoomAlive, we still think there's huge potential out there for VR that doesn't tie you to a headset.

In this article: amazon, AR, AugmentedReality, av, Camera, DepthSensor, gear, Projector, video
All products recommended by Engadget are selected by our editorial team, independent of our parent company. Some of our stories include affiliate links. If you buy something through one of these links, we may earn an affiliate commission.