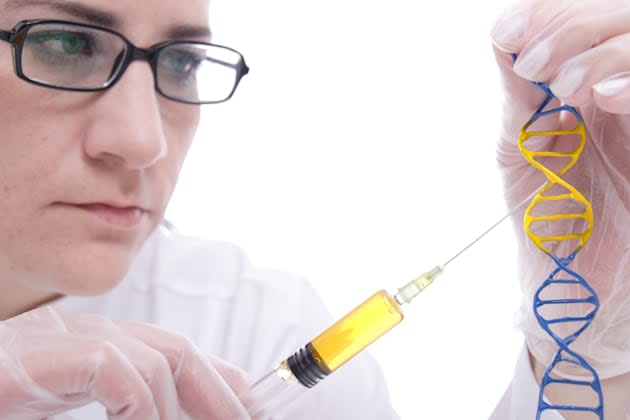 Hemophilia B is a terrifying disease. The livers of those suffering from the genetic disorder fail to produce a key protein called Factor IX, which is responsible for clotting blood. Without this protein, they're at constant risk of uncontrollable bleeding, including internally. However, a pair of researchers believe that their novel gene therapy could permanently cure the disease. To that end, the team of Michael Holmes and Thomas Wechsler from Richmond, California's Sangamo biopharmaceuticals, have announced that the world's first in-patient gene-editing therapy targeting these faulty genes will commence next week.

The procedure leverages CRISPR-9 gene-editing techniques wherein scientists snip out a section of DNA and insert other strands in its place. Despite recent advancements in the technology, including saving the life of a Leukemia-stricken toddler, the scientific community remains skeptical of these newfound gene-editing methods. The NIH has even gone so far as to ban funding its research. All of the technique's previous uses have required that cells be removed from the patient, modified and then reintroduced. Sangamo's method, however, mods the patient's genetic structure directly.

The researchers are going to use CRISPR-9 to snip out the bad Factor IX genes move them closer to a so-called promoter (because it "promotes" the expression of other nearby genes) for albumin. Since the liver produces albumin naturally, putting the Factor IX genes right next to albumin's promoter should get the liver to produce lots of both. And with normal levels of Factor IX coursing through their veins, the patient's hemophilic symptoms should permanently subside. The team has already tested the treatment on both rodent and simian models, with great success. "Our dream, once we do the adult trial, is to transition to paediatrics," Sagamo spokesperson Fyodor Urnov, told New Scientist.

Of course not everybody in the scientific community is super stoked by this trial. Many researchers have expressed worry that the DNA-splicing method could cause unforeseen and potentially devastating side effects, despite it being given the go-ahead by the FDA. However, as Matthew Porteus, founder of CRISPR Therapeutics, concluded to New Scientist, "Every scientist is worried. If you're not worried then you shouldn't be a scientist. The worry drives you to make the best components possible."

In this article: CRISPR-9, DNA, FactorIX, FDA, gene-editing, health, hemophilia, medicine, NIH, RNASplicing, Sangamo, science
All products recommended by Engadget are selected by our editorial team, independent of our parent company. Some of our stories include affiliate links. If you buy something through one of these links, we may earn an affiliate commission.