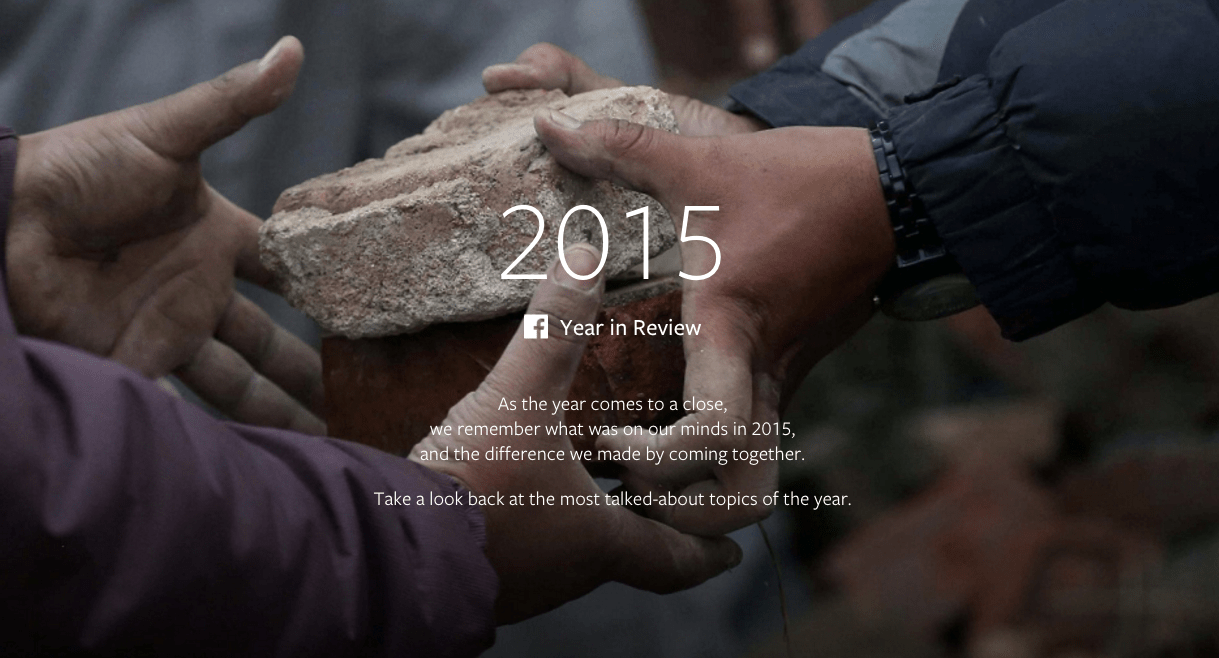 One of the internet's greatest achievements is its ability to connect disparate global communities in discussion and, at times, compassion -- and a lot of that conversation takes place on Facebook. The company's Year in Review, a video and list released today, outlines the top 10 stories of 2015, including the US presidential election, Paris terrorist attacks, Syrian civil war and refugee crisis, Nepal earthquakes, Baltimore protests, and marriage equality. It's a snapshot of a year with extreme peaks and valleys, ultimate joy and devastation.

Facebook says it composed the 2015 Year in Review as follows: "Year in Review top 10 lists were measured by how frequently a topic was mentioned in Facebook posts made between January 1st and December 1st, 2015. To put this list together, Facebook posts were analyzed in an aggregated, anonymized way, and then ranked to create a snapshot of the year on Facebook."

In this article: 2015yearinreview, Baltimore, charleston, CharlieHebdo, CivilRights, culture, election, facebook, internet, isis, MarriageEquality, Nepal, paris, personal computing, personalcomputing, politics, president, syria, terrorism, YearInReview, yearinreview2015
All products recommended by Engadget are selected by our editorial team, independent of our parent company. Some of our stories include affiliate links. If you buy something through one of these links, we may earn an affiliate commission.