Bernie Sanders bill would tax Amazon and others over low wages 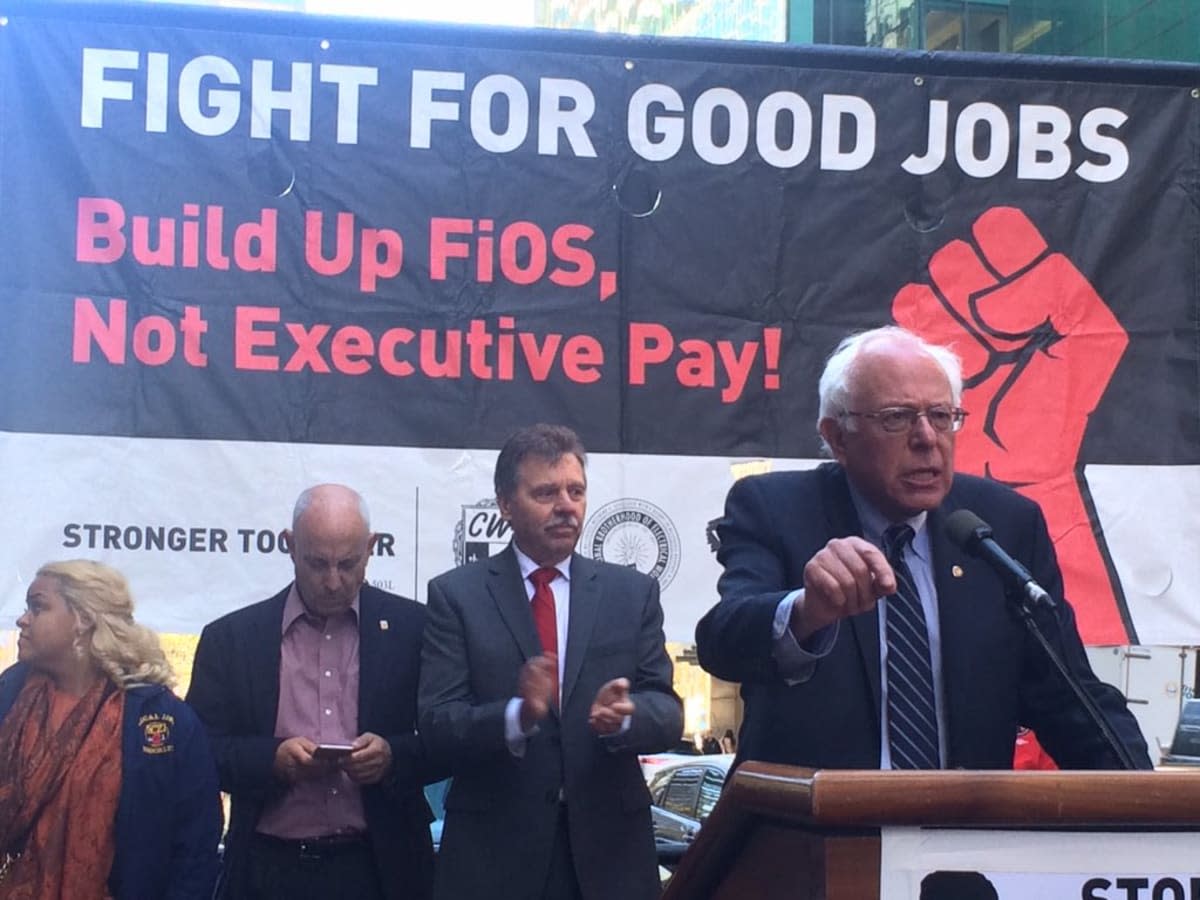 Democratic presidential candidate Bernie Sanders put his campaign where his mouth is on Monday when he spoke at a picket line with Verizon union workers in New York City. Communication Workers of America and the International Brotherhood of Electrical Workers organized the picket, which aims to bolster support for 40,000 Verizon employees nationwide as they continue a months-long contract battle with the communication giant. In June, Verizon proposed a new union contract, but CWA takes issue with some of its key points, including suggested pay increases, the structure of pension benefits, health care contributions, whether Verizon can contract out or offshore union jobs, and employees' vacation time. The union also criticizes Verizon for failing to implement its FiOS service in promised regions.

In August, Verizon Chief Administrative Officer Marc Reed said the following in a statement obtained by FierceTelecom: "Employees are eligible to receive up to five weeks of paid vacation time, not including paid sick days and paid excused days. While we're willing to consider all offers, union leaders came back with counterproposals that would offer up to 19 additional days off, including new holidays, employee birthdays, more vacation days and additional sick days. That sort of proposal is unrealistic and out-of-touch in today's marketplace."

Ed Mooney, vice president of CWA District 2-13 (representing Verizon workers from Pennsylvania to Virginia), similarly said in a press release, "The company has barely moved off its initial June 22nd proposal that made outrageous demands of Verizon workers. If this company is serious about reaching an agreement, it needs to start bargaining constructively and now."

Sanders, a self-proclaimed democratic socialist, has been campaigning on a pro-union platform that's fiercely opposed to corporate greed -- and as The Huffington Post points out, it's surprising to see a presidential candidate take the time to join a picket line. The last time a presidential hopeful did so was Jesse Jackson in 1988, Sanders' team told the site. Sanders has long been tied to labor unions: Since 1989, nine of his top ten donation sources have been unions. Recently, of course, he's made headlines for raising millions through thousands of small, one-time donations from supporters of his presidential bid.

In this article: BernieSanders, CommunicationsWorkersOfAmerica, cwa, LaborUnions, picket, president, union, unions, verizon
All products recommended by Engadget are selected by our editorial team, independent of our parent company. Some of our stories include affiliate links. If you buy something through one of these links, we may earn an affiliate commission.