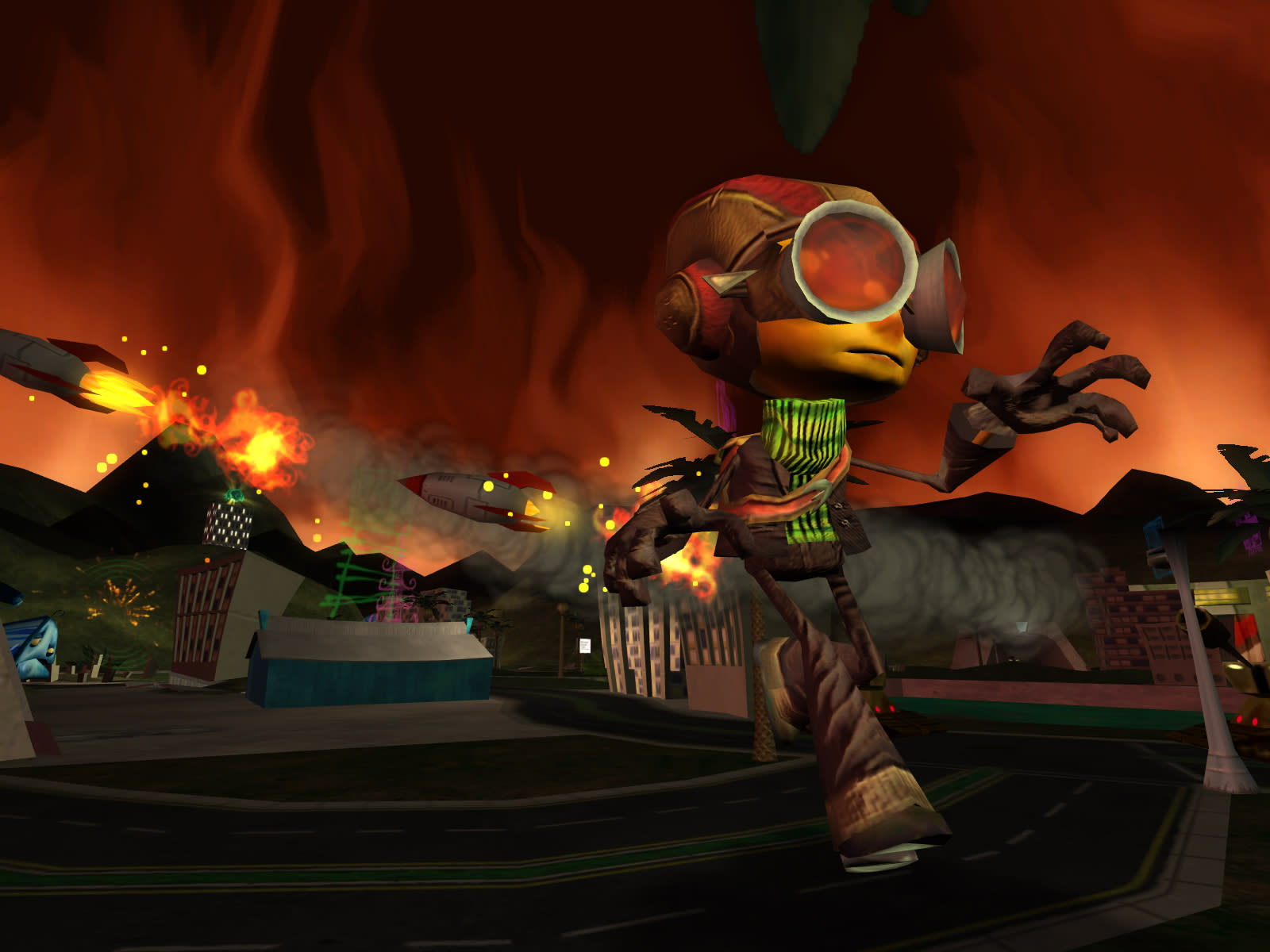 Cult classic Psychonauts getting a crowd-funded sequel was perhaps the biggest news out of this past week's second-annual Game Awards. But what about the game that came before it? The one that's celebrating its 10th birthday this year? That's where "The Color of the Sky in Your World" comes in. It features a who's who of Double Fine employees past and present as they talk about the process of making the game, including creative director Tim Schafer and producer Greg Rice.

The Psychonauts we know started as an idea for Full Throttle where the protagonist from that game would take peyote, go into the desert and have a sort of vision quest inside his own mind. LucasArts, being a family company even before Disney closed it down, wasn't about to let that happen, so Schafer shelved the idea.

Psychonauts 2 backer missions are live! And y'all already unlocked ep 1 of this awesome Psychonauts retrospective: https://t.co/n2NoJ9w2Im

A programmer later misremembered that and brought it back up to Double Fine's creative director asking whatever happened to the game idea Schafer had about going into other people's heads. "Wait, that's much better," he recalls in the video embedded below. Another scene finds Schafer going through an old notebook full of rough, hand-written notes and sketches born of him sitting in his apartment in a bathrobe after leaving Lucasarts. It's incredibly cool stuff.

The documentary's actually a kind of mini stretch goal, and this first episode was unlocked for backers reaching a certain set of milestones, or "Psi Missions" in the funding campaign's parlance -- it's similar to the tasks Bloodstained gave its backers to incentivize additional in-game features.

The doc's being produced by the same company that chronicled the making of Double Fine's last crowdfunded game, Broken Age, and it's absolutely chock full of insight into how the game was made. The first episode clicks in at just over 18 minutes long, so viewing via Apple TV or Chromecast might be your best bet.

In this article: art, av, crowdfunding, design, doublefine, fig, fullthrottle, gaming, gregrice, lucasarts, psychonauts, psychonauts2, timschafer
All products recommended by Engadget are selected by our editorial team, independent of our parent company. Some of our stories include affiliate links. If you buy something through one of these links, we may earn an affiliate commission.