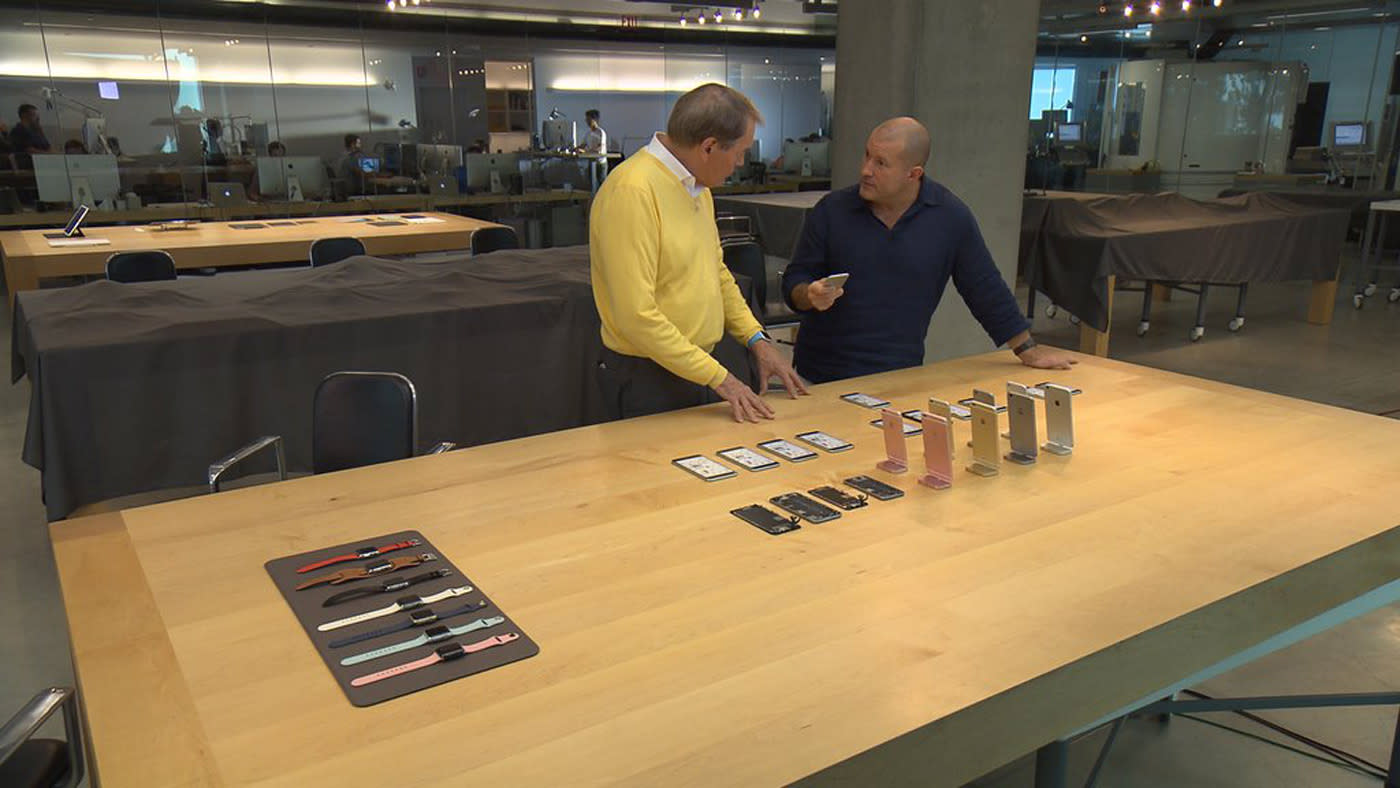 For years, most people have only known about Apple's secret design studio through anecdotes. There's talk of extreme security, loads of specialized manufacturing gear and other stories that make it sound more like Willy Wonka's chocolate factory than a real-world place. However, a lot of that mystery is about to disappear. CBS' 60 Minutes is airing a tour of Apple at 7:30PM Eastern that, on top of an interview with CEO Tim Cook, includes a rare peek at Apple's design wing. You unsurprisingly won't see future products (as hinted by the black cloth above), but there are promises of a talk with design chief Jony Ive about the process behind making all those iPhones, Macs and Watches.

As for the chat with Cook? The show is already willing to spill the beans a bit early... and here, it's treading on more familiar territory. Cook rejects the notion that Apple is dodging taxes by hoarding money overseas, calling it "political crap." He insists that Apple pays everything it owes in the US, and that the country's "industrial age" tax code makes it utterly impractical to repatriate that income. Also, the exec maintains his firm pro-encryption stance -- much like the experts, he understands that a government backdoor is really a backdoor for any would-be hacker. It's doubtful that you'll get any earth-shaking revelations from the interview, then, but it could be worth watching if there's more to it than what the preview reveals.

Update: And here's the full transcript, as well as segmented videos of the Apple special. The preview nailed most of the conversation topics, but if you'd like to see a room of slightly puzzled Apple execs -- this is the place to see it -- as well as Apple's new HQ and its prototype store it keeps in a warehouse outside of the Cupertino campus.

In this article: 60minutes, apple, cbs, gadgetry, gadgets, gear, jonathanive, jonyive, mobile, personal computing, personalcomputing, politics, taxes, television, timcook, tv, video, wearables
All products recommended by Engadget are selected by our editorial team, independent of our parent company. Some of our stories include affiliate links. If you buy something through one of these links, we may earn an affiliate commission.