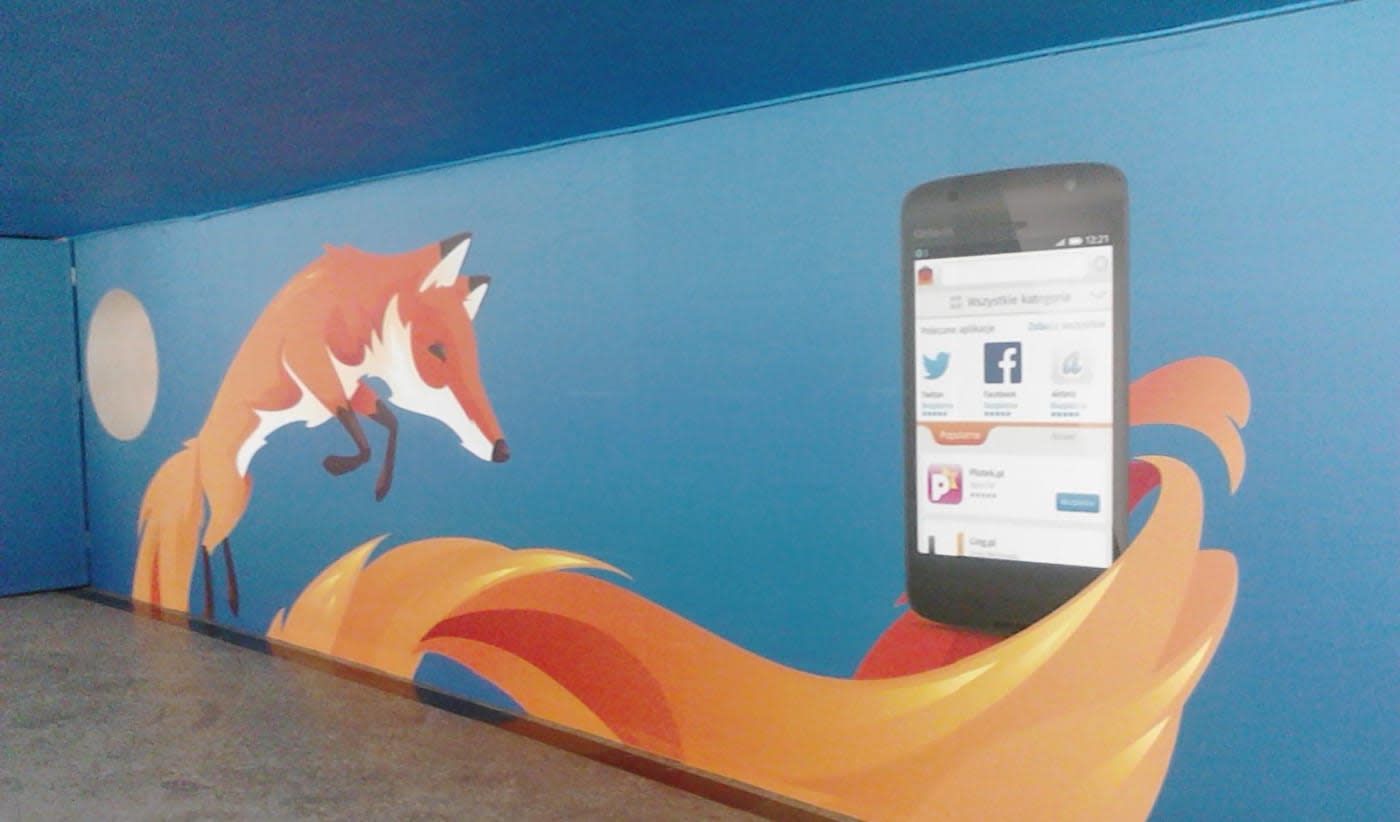 Shortly after Mozilla said that it was done with Firefox OS smartphones, it confirmed that the OS would live on in connected devices. We might now have a better idea of what that means, thanks to a leak from Hipertextual. The Spanish site unearthed several internal Mozilla documents showing a Firefox keyboard, stick, hub and, most unusually, a Raspberry Pi powered keyboard. When queried by Venture Beat, Mozilla confirmed that the devices were "early product concept work by one of our developers," but wouldn't say if they were still under development.

The router and TV stick are aimed at the connected home market, a niche where Firefox OS already has a toehold with Panasonic Smart TVs. The goal with the Firefox Stick is to "bring the Firefox OS TV experience to any TV," in much the same way that NVIDIA's shield gives a regular TV similar capabilities to, say, the Sony X900C. An earlier attempt at building a Firefox OS stick failed, however, and Firefox conceded that the device "must have DRM and content partnerships to be successful." The router, meanwhile, would give users a hackable product with built-in privacy controls, and could also function as a web server and connected home devices hub.

The tablet would be "just a web browser," according to Mozilla, and be targeted at late adopters and the elderly. It wouldn't be the first Firefox OS slate on the market, but would be an inexpensive, highly pared-back version, lacking an app store, mobile connection and other frills. The keyboard is a more interesting idea, as it would be equipped with a Raspberry Pi, and "dedicated to using and making the web." Mozilla pointed out that it could be plugged into a spare TV or monitor, making it a cheap computer in nations like India with millions of obsolete TVs. It would be equipped with Mozilla's Webmaker kit and be useful for web creators, educators and makers.

Mozilla stressed that "we are still at the early stages of exploring and prototyping new use cases for Firefox OS in the world of connected devices as an open source project." However, as shown in the video below, the company does have concrete plans to develop connected devices similar to the ones leaked here. As for what form they'll take, we'll have to wait to find out more -- hopefully, in about two weeks, when CES 2016 starts.

In this article: av, FirefoxOS, gear, home, keyboard, Mozilla, RaspberryPi, Tablet, TVStick, video
All products recommended by Engadget are selected by our editorial team, independent of our parent company. Some of our stories include affiliate links. If you buy something through one of these links, we may earn an affiliate commission.