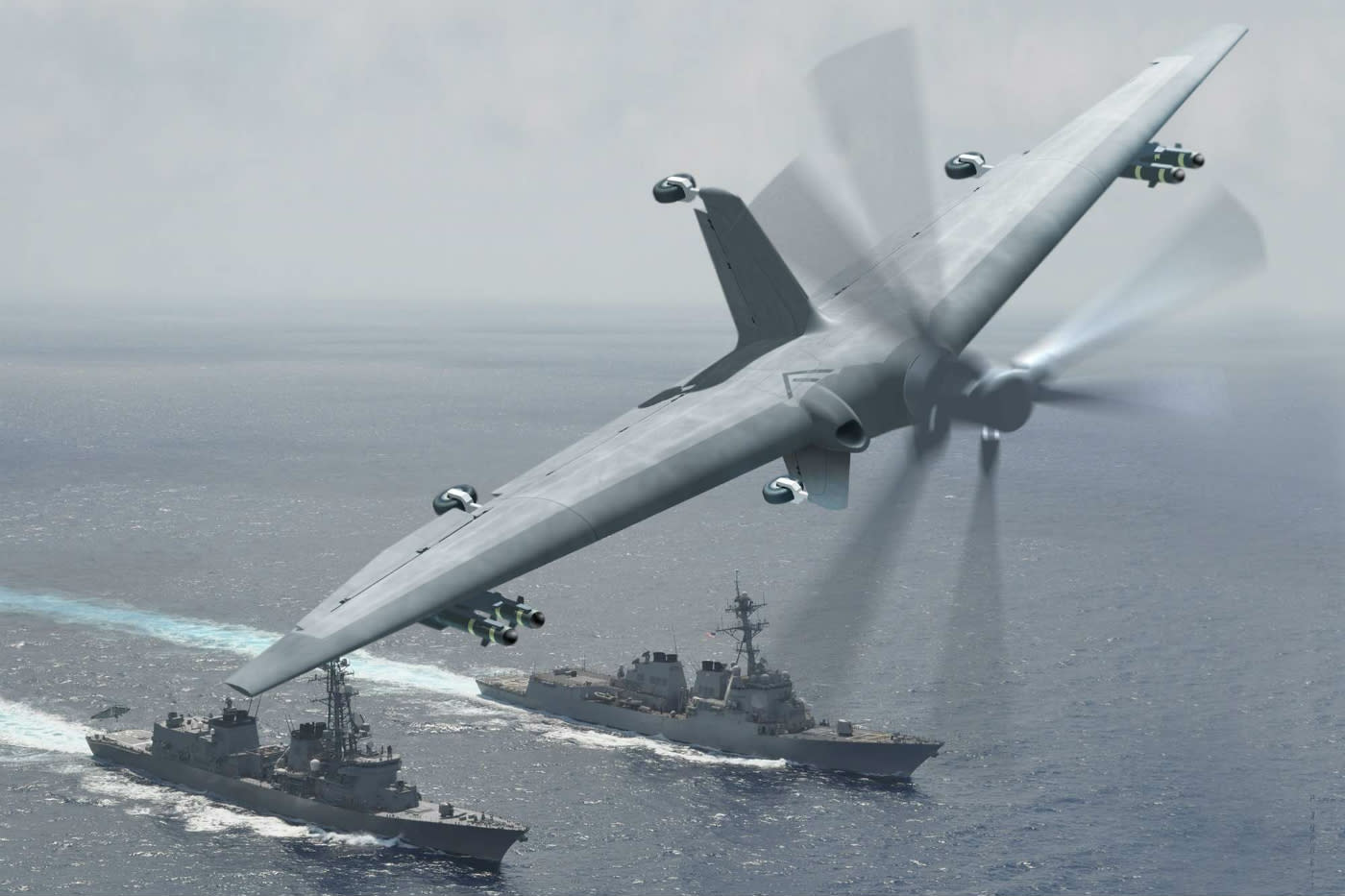 For the longest time, the US Navy has conducted surveillance and reconnaissance missions by launching planes from large aircraft carriers. Those vessels are expensive though, so the Office of Naval Research and DARPA are working on a long-endurance drone that can launch from small ships instead. Project TERN (Tactically Exploited Reconnaissance Node) has now entered phase three, meaning the initial designs are complete and the team is ready to build its first prototype. It's being developed for $93 million by Northrop Grumman, a defense contractor with plenty of experience building nightmare-inducing military assets.

The current design (shown above) is an aircraft that looks like a single wing, albeit with a couple of stabilisers and two counter-rotating propellers attached to the nose. It'll take off like a helicopter -- paramount for TERN's objective, which is to perfect a drone capable of taking off from confined spaces and in rough weather conditions. The unmanned air system (UAS) will then orient itself and fly horizontally for the duration of the mission, before returning to base and landing in an upright position.

DARPA says the plan is to build a "full-scale demonstrator" on dry land, before transitioning to an at-sea version with a test platform similar in size to a destroyer warship. "The design we have in mind for the Tern demonstrator could greatly increase the effectiveness of any host ship by augmenting awareness, reach and connectivity," DARPA's Dan Patt said.

Unmanned military aircraft have been launched from vessels before, but they normally require runways like their piloted counterparts. If successful, TERN could change the role of smaller naval ships by making them agile launch and recovery platforms for military-grade UAVs.

In this article: culture, darpa, drone, navy, NavyDrone, NorthropGrumman, robots, uav, UnmannedAerialVehicle, usnavy
All products recommended by Engadget are selected by our editorial team, independent of our parent company. Some of our stories include affiliate links. If you buy something through one of these links, we may earn an affiliate commission.