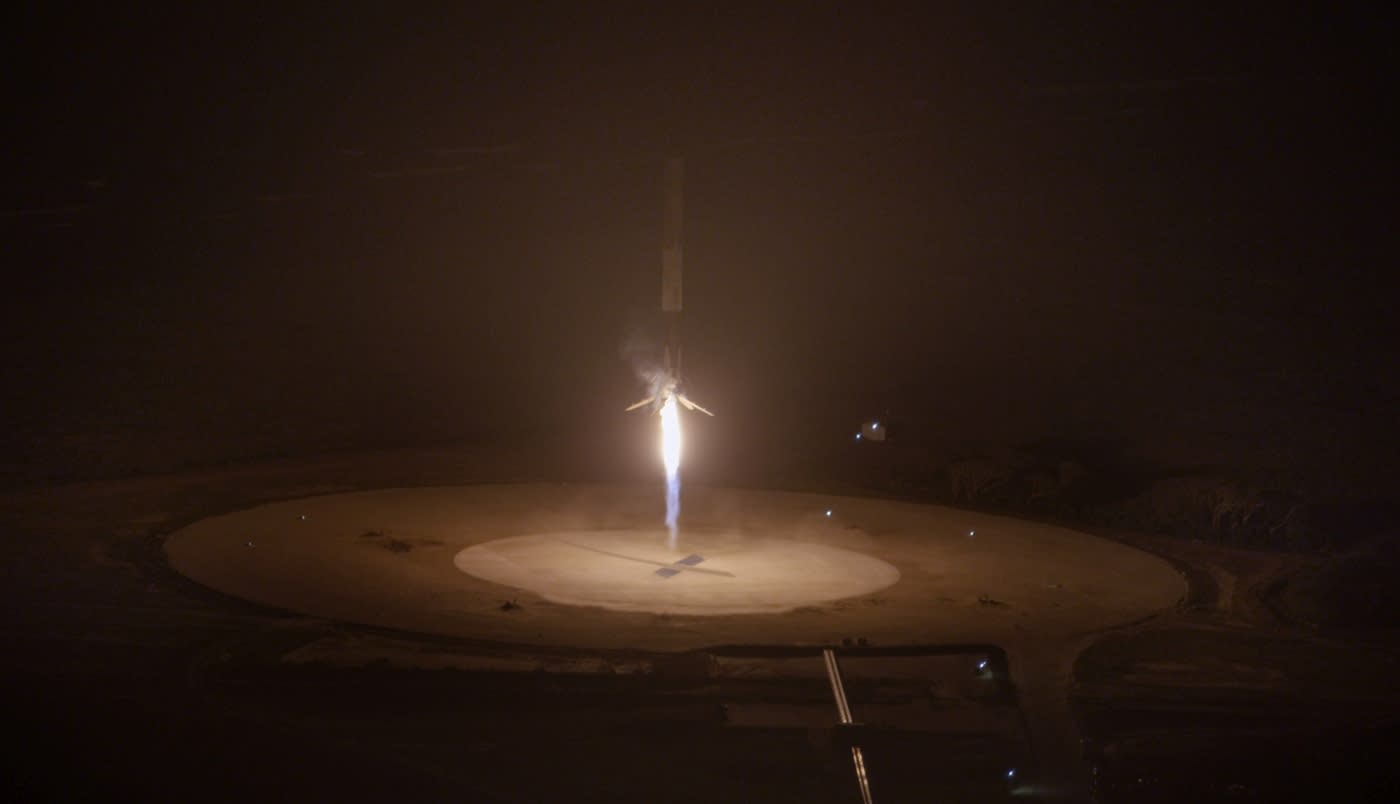 As a reminder of one of 2015's greatest accomplishments, SpaceX founder Elon Musk posted one more picture (embedded below) of the record setting Falcon 9 rocket it launched to space and then landed again at Cape Canaveral. Now the rocket is back in its hangar and after showing no damage from its trip, is "ready to fire again." That bodes well for future launches, but it's unlikely to happen for this unit. After the historic event, Musk told reporters "we will probably keep this one on the ground," and after testing will put it "somewhere." There's no word on which museum the rocket will end up in, but hopefully Musk knows our mantel is available.

Falcon 9 back in the hangar at Cape Canaveral. No damage found, ready to fire again.

In this article: CapeCanaveral, ElonMusk, Falcon9, reusablerocket, science, space, spacex, video
All products recommended by Engadget are selected by our editorial team, independent of our parent company. Some of our stories include affiliate links. If you buy something through one of these links, we may earn an affiliate commission.