US delays tariffs on some Chinese-made electronics until December 15th 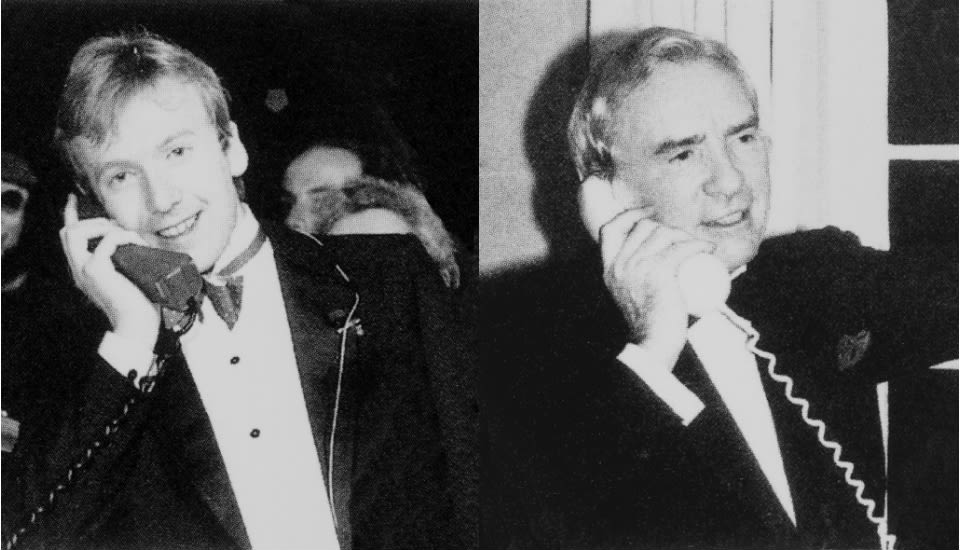 Exactly 30 years ago today, two men made history by completing the first mobile phone call in the UK. As everyone celebrated the opening seconds of 1985, Michael Harrison, the son of former Vodafone chairman Sir Ernest Harrison, rang his father from Parliament Square in London. The call was supposed to be a surprise; Michael had snuck away from his family's New Year's Eve party in Surrey and driven up to the capital earlier that evening.

In his possession was the Transportable Vodafone VT1, a cumbersome 5kg block with carry handle, antenna and tethered receiver. One of the network's technicians punched in the correct number and passed Michael the handset, as a curious crowd tried to work out who the minor celebrity was and exactly what he was doing. The call connected after just a few rings (perhaps it wasn't such a surprise for Sir Ernest Harrison) and the pair chatted briefly: "Hi Dad, it's Mike. Happy New Year. This is the first ever call on a UK mobile network." 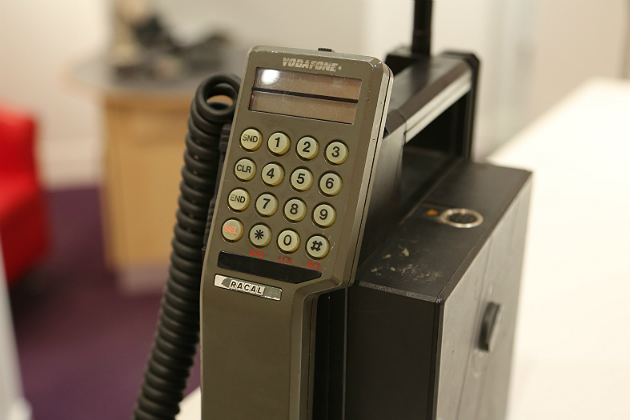 The Transportable VT1 took 10 hours to charge and offered 30 minutes of call time.

On that night, Michael didn't fully appreciate what had happened. It was a watershed moment, of course, but he couldn't possibly imagine the mobile phone phenomenon that would follow. "I could see that there would be a market for something so empowering," he says, "but I saw this then as a niche, high-end product for those who really had to be, as opposed to would like to be, contactable all the time." Little evidence of the call now exists, save for a few grainy photos (shown above: Michael on the left, Ernest on the right).

Ernie Wise, of comedic duo Morecambe and Wise fame, also made a call on New Year's Day. Dressed in a Victorian costume, the British star rang Vodafone's headquarters in Berkshire from St Katherine's Dock in East London. The PR stunt attracted plenty of media attention and led many to assume that it was him, not Michael, that placed the first call.

Vodafone and competitor Cellnet (which later became BT Cellnet, then O2) launched the UK's first mobile networks in January 1985. But Ivan Donn, then a 23-year-old salesman for Vodafone, had been looking for early adopters since September 1984. He didn't have any hardware to demo and, of course, the network wasn't live yet, but he still managed to persuade his friend Mungo Park to take the plunge. The young investment banker bought Vodafone's first commercial phone, the VM1, for £1,475. Unlike the Transportable Vodafone VT1, which went on sale slightly later, it had to be installed in a car. 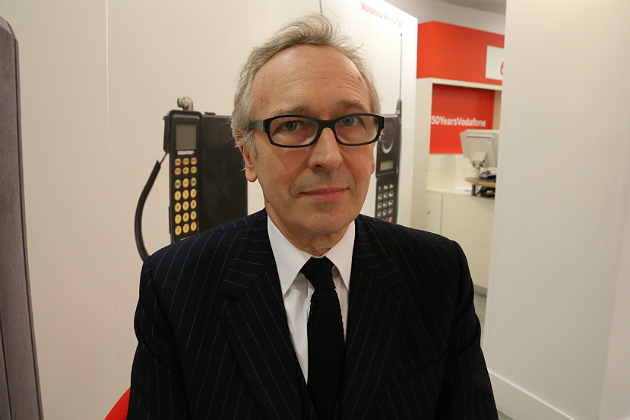 Mungo Park, the first person to buy a mobile phone in the UK.

That meant heavy boxes in the boot and passenger footwell, an aerial poking out of the roof, and a bulky receiver up front. But none of that mattered to Mungo. He was working with American companies that traded on the New York Stock Exchange until around 9pm UK-time. The primitive mobile phone meant he could take calls on his way to work -- something city commuters now take for granted. "We would be able to leave [the office] at 6pm, or 7pm, or 8pm and be in communication with Wall Street on the way home," he says. "Transactions would happen that wouldn't normally happen that day. So the thing probably paid for itself in the first week. It changed everybody's life."

Of course, there were shortcomings. Coverage was restricted to the Greater London area for the first few months, which clearly limited its appeal for anyone living outside the city. But slowly Vodafone and Cellnet expanded their services, increasing demand and making mobile phones more attractive to businesses. Roger Southam was Vodafone's first enterprise customer. He worked in property, so much of his time was spent travelling up and down the country. The ability to call someone on location, instead of driving back to the nearest office, saved him roughly a day every week. "I could stay on top of things and I was always contactable," he says. "It just gave a freedom and flexibility to my work style." 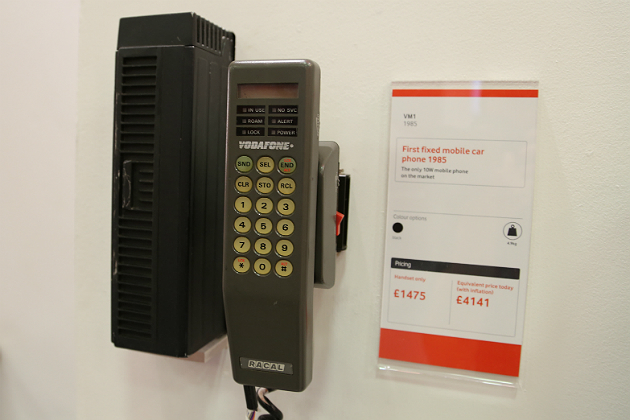 The VM1. While classed as a "mobile," the hardware was always bound to a vehicle.

Smartphones have matured to a point where making calls is, for many people, now little more than a footnote. Internet connectivity has ushered in a new age of communication where messaging apps, email and social networks are the norm. But the simple phone call continues to endure. Even now, there's something brilliant about being able to punch in a number and talk to someone wherever they are. In that sense, very little has changed since Michael Harrison made that first call from Parliament Square all those years ago.

In this article: mobilephone, mobilepostcross, transportablevodafonevt1, uk-feature, vm1, vodafone, vt1
All products recommended by Engadget are selected by our editorial team, independent of our parent company. Some of our stories include affiliate links. If you buy something through one of these links, we may earn an affiliate commission.