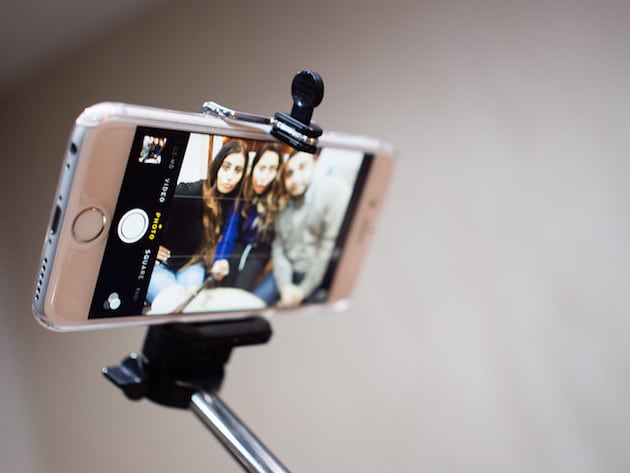 Selfie sticks, whether you love them or hate them, are now officially a thing. Their numbers appear to have exploded over the Christmas period, allowing new owners to begin working on their very best self portraits. The increase of these telescopic rods hasn't gone unnoticed, though, as some Premier League football clubs have began outlawing their use inside stadiums. The Mirror reports that North London clubs Arsenal and Tottenham have now banned selfie sticks from the Emirates and White Hart Lane over fears they could be used inappropriately on matchdays.

An Arsenal spokesperson told the New Journal: "We can confirm that 'selfie sticks' are banned on matchdays at Emirates Stadium. The club's ground regulations prohibit any object that could be used as a weapon or could compromise public safety." However, over at Tottenham, the restriction on the "Wand of Narcissus" appears to have been put in place after a fan lodged a complaint.

Selfie stick bans are the latest technological innovation to have its wings clipped by Premier League clubs. Last year, Manchester United banned laptops, tablets and other large devices from Old Trafford because they could be used to hide explosives. Seflie sticks aren't obviously that dangerous, but someone could lose an eye if fans aren't careful.

Source: The Mirror
In this article: arsenal, mobilepostcross, selfie, selfie stick, spurs, tottenham
All products recommended by Engadget are selected by our editorial team, independent of our parent company. Some of our stories include affiliate links. If you buy something through one of these links, we may earn an affiliate commission.