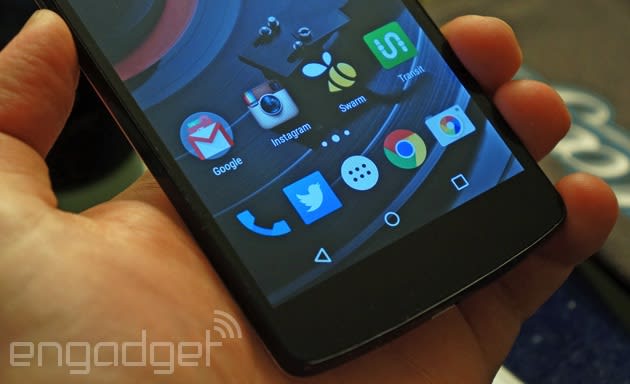 So you're still waiting for your Android phone's upgrade to Lollipop, and you don't want to look behind the times when your Nexus-toting friends show up. What to do? As of today, you only need to make sure you're using both the Google Now Launcher and a new version of Google's search app. The update gives you some of Lollipop's Material Design look in the Google search bar, app tray and some animations; previously, the launcher mimicked whatever version of Android you were running. This is largely a cosmetic tweak and won't really make you forget about all the Android 5.0 features you're missing, but it could tide you over for a short while.

Via: Android Central
Source: Google Play (Now Launcher), (Search)
In this article: android, Android5.0, google, googlenow, googlenowlauncher, lollipop, materialdesign, mobilepostcross, smartphone, tablet
All products recommended by Engadget are selected by our editorial team, independent of our parent company. Some of our stories include affiliate links. If you buy something through one of these links, we may earn an affiliate commission.