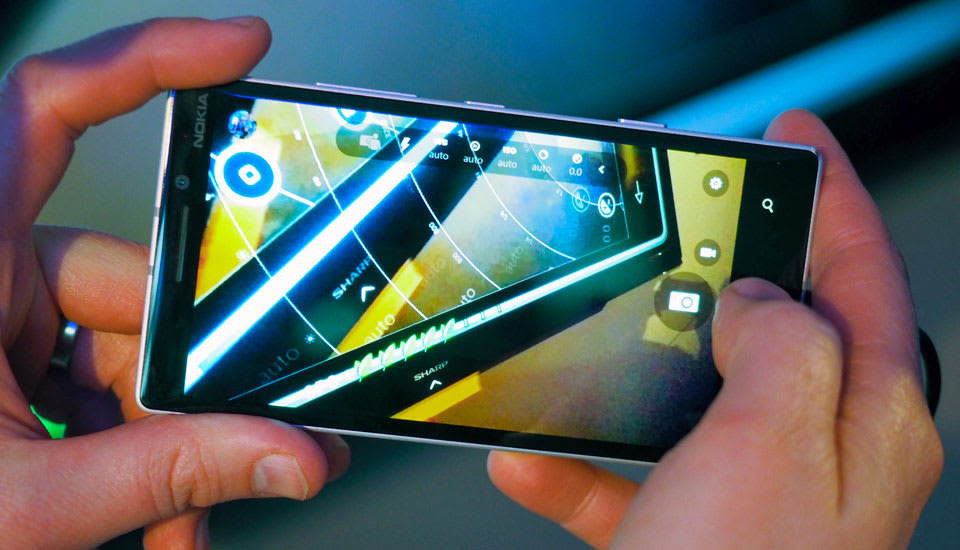 In case you haven't noticed, team Engadget has spent a lot of time today covering Windows 10, Microsoft's next-gen operating system. Over the course of the company's three-hour keynote, we heard quite a bit more about its so-called universal apps, which will run on all manner of Windows devices, whether they be desktops, tablets, phones or even 84-inch pen displays. That said, there were a couple tidbits the company left out of its presentation. For one thing, we only just learned for sure that the Lumia Camera app -- the one included in the recent "Denim" update -- will actually be the default camera app on all Windows 10 devices. That means even if you're using a Windows device made by Samsung or HTC, you'll get the same photography experience as on a proper Lumia, at least as far as software and image editing go (actual image quality is a different story).

For the uninitiated, this means you can take a photo both with the flash and without, and then when you're editing you can adjust the brightness so that it's somewhere in between, if neither version is quite right. Additionally, there's an auto-HDR feature, and you can also long-press the shutter to begin shooting in 4K (depending on the device) at 24 frames per second. From there, you can pull still frames from the video and pass it off as a photo. Lastly, the app brings some overall performance improvements over previous versions of the Lumia Camera app, with faster shot-to-shot and startup times.

Additionally, a Microsoft spokesperson said that in addition to bringing "auto-enhance" to Windows 10's built-in Photos app, that feature will probably make its way to the company's OneDrive storage service too. That means even if you own an iOS or Android device, you'll eventually be able to upload photos to OneDrive using the mobile app and know that Microsoft is automatically making your images look nicer. (Surely you can turn this feature off if you find the whole idea invasive.) What's more, auto-enhance for OneDrive would bring Microsoft's cloud storage even further in line with Google+, which has been automatically correcting images for nearly two years already.

In this article: hands-on, lumia, microsoft, mobilepostcross, onedrive, windows10, windows10event2015
All products recommended by Engadget are selected by our editorial team, independent of our parent company. Some of our stories include affiliate links. If you buy something through one of these links, we may earn an affiliate commission.