Dumb phone prices are no longer used to measure inflation

In Japan, people still use feature phones. But despite the smartphone revolution, dumb phone innovation is not dead. Not when a phone can magically, (Transformer-ly) convert from a heart shape into something approaching a chubby handset you can actually talk into. Imaginatively titled "Heart", it'll come to Nihon in both red and black options, and according to our Japan team, weighs a mere 54 grams. Curiously, it doesn't launch until after Valentines' Day (late March), but when it does arrive, the phone will also come with in a special Sailor Moon iteration, with magical wand dangly accessory and livery. 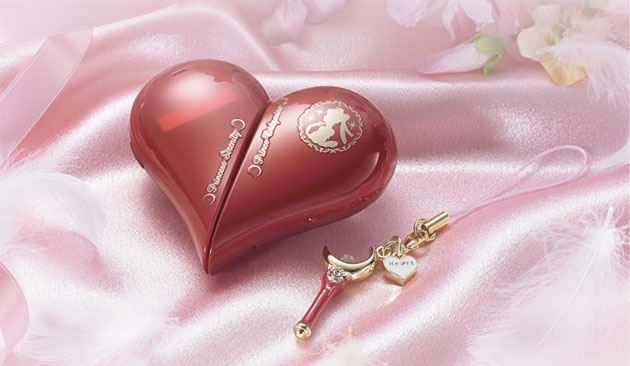 The phone charger is also adorably heart-shaped: this is an all-out attack of the kawaii kind. That being said, there's not much going on inside that pretty little head: no Bluetooth for starters, let alone anything to do with cameras or a color display. However, if your phone is only for kawaii calls, you unmistakably have a winner.

Via: Engadget Japan (Japanese)
In this article: DumbPhone, featurephone, heart, japan, kawaii, mobilepostcross, onbehalfofthemoonipunishyou, sailormoon
All products recommended by Engadget are selected by our editorial team, independent of our parent company. Some of our stories include affiliate links. If you buy something through one of these links, we may earn an affiliate commission.