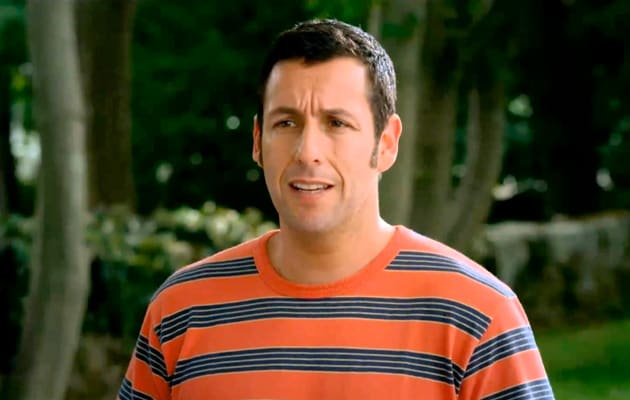 If there's one thing that America loves more than Netflix, it's movies where Adam Sandler sits around in loungewear cracking wise with Kevin James. It was back in October that the streaming company decided to give the public what it needed, teaming up with the actor's production company to knock out four original movies. Now, just a few months later, The Wrap has learned the details about the first to roll off the production line.

Though it may sound like a prequel to another Netflix original, Sense8, Ridiculous 6 is Sandler's comedic homage to recent blockbuster The Magnificent Seven. Sandler will star as a man who was adopted as an orphan by a Native American tribe, destined to sit around a campfire in loungewear and making jokes at his friends expense.

Twilight's Taylor Lautner, Rob Schneider and Terry Crews will play his adoptive siblings, while Nick Nolte has been cast as Sandler's father. Rounding out the ensemble is Whitney Cummings, Jon Lovitz, Danny Trejo and Chris Parnell, who will probably steal the show for the four minutes he's in the movie.

Given that Ridiculous 6 has also cast Vanilla Ice as Mark Twain and Blake Shelton as Wyatt Earp, we can guess that the film is set in the Old West. That may pose something of a problem for sportswear enthusiast Sandler, so don't be surprised if the star doesn't open up a time-and-space-portal to the LA branch of Sports Authority before the opening credits.

Via: Netflix
Source: The Wrap
In this article: Adam Sandler, AdamSandler, hdpostcross, Movie, Netflix, Original, Ridiculous6
All products recommended by Engadget are selected by our editorial team, independent of our parent company. Some of our stories include affiliate links. If you buy something through one of these links, we may earn an affiliate commission.