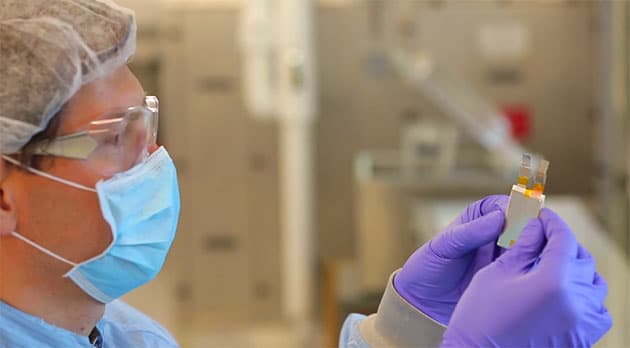 If you want your smartphone to last longer without carrying flammable gas in your pocket, there may possibly, conceivably be new battery tech coming soon (maybe). Yep, we're skeptical after many a disappointing "breakthrough," but an MIT spinoff company called SolidEnergy claims it has developed a new type of lithium-ion battery that can store more energy and still survive hundreds of charging cycles. It resorted to a method that's been tried before: replacing the usual graphite electrodes with lithium metal. Previous attempts failed, however, because such electrodes react with the battery's electrolyte, forming "dendrites" that cause tiny problems like explosions.

To counter that, the researchers developed a thin lithium electrode and an electrolyte that has both solid and liquid parts. Unlike regular liquid electrolytes, it's non-flammable, and has additives to prevent dendrite formation. The company claims that prototype batteries using the tech can store double the power by weight while still retaining 80 percent of their storage capacity after 300 charges. That's pretty close to current lithium ion cells for portable electronics, but still considerably less than the durability required for EVs. The company said its tech could easily be adapted to current battery manufacturing techniques.

We're still unconvinced, but SolidEnergy may unthaw our cynical hearts if it can pull off its ambitious schedule. It plans to release its first batteries for portable electronics by 2016 and roll out models for electric cars the following year. But as MIT Technology Review points out, the road from "nice prototype" to "actual battery you can buy" is littered with a lot of corpses.

Source: MIT Technology Review
Coverage: Solid Energy Systems
In this article: batteries, Battery, EVs, Lithium Ion, portable electronics, smartphones, SolidEnergy, storage, video
All products recommended by Engadget are selected by our editorial team, independent of our parent company. Some of our stories include affiliate links. If you buy something through one of these links, we may earn an affiliate commission.