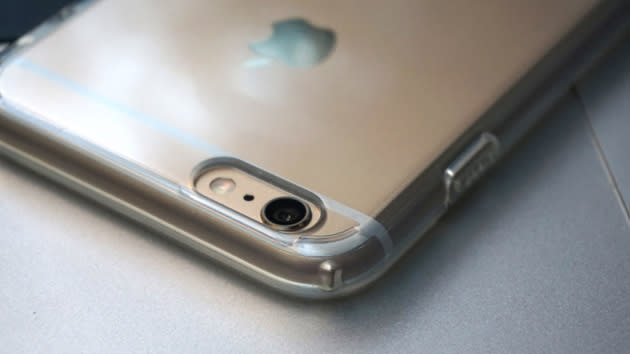 Follow the Apple rumor cycle and you'll notice that accessory makers play an important role in leaks -- some of them "borrow" factory blueprints to produce cases and other add-ons for iPhones and iPads that are still weeks away from launch. Well, the crew at 1 Infinite Loop is apparently fed up with these companies spoiling the surprise. Sources for 9to5Mac claim that Apple made key accessory producers sign agreements preventing them from getting design details from anyone besides Apple itself. If the firms give in to the temptation and ship leak-based products, Apple warns of "penalties" that could include refusing to stock the offending goods at its stores.

Assuming it's real, the move probably won't stop leaks entirely. Many of the accessory makers who jump the gun are small outfits that never had a chance of reaching Apple shops. It would dissuade big-name brands from rushing to join them, however, and might give factory workers fewer incentives to leak schematics in the first place. What's the point of slipping out details if there isn't a reward waiting for you?

However, the effort could have a chilling effect on the accessory market in the immediate aftermath of big Apple releases. Official schematics don't show up until a given announcement, so you may end up waiting weeks while major third parties scramble to develop new gear. That's bound to help Apple's in-house accessory business, but it won't be so hot if you want peripherals that Apple won't make.

In this article: accessories, accessory, apple, ipad, iphone, leak, leaks, mobilepostcross, rumor, rumors, smartphone, tablet
All products recommended by Engadget are selected by our editorial team, independent of our parent company. Some of our stories include affiliate links. If you buy something through one of these links, we may earn an affiliate commission.