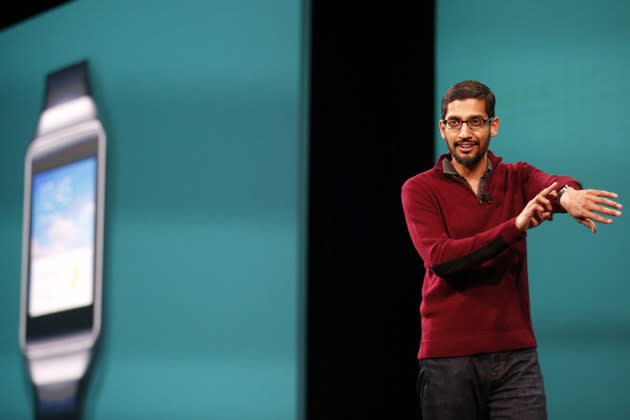 Attention, Google fans: the company's big developer conference is kicking off early this year. The internet giant has announced that I/O 2015 will take place on May 28th and 29th, about a month ahead of where it was in 2014. Sign-ups start at noon Eastern on March 17th, although the company is once again running on a lottery system that picks guests at random. As for what's going to show? Google isn't saying anything yet, but there's bound to be talk of Android's rapidly growing ecosystem, Chrome developments and internet services aplenty. What do you hope Google will show? Let us know what you think!

In this article: android, androidauto, androidtv, androidwear, chrome, chromeos, google, googleio, googleio2015, hdpostcross, internet, mobilepostcross, smartphone, tablet, wearable, web
All products recommended by Engadget are selected by our editorial team, independent of our parent company. Some of our stories include affiliate links. If you buy something through one of these links, we may earn an affiliate commission.