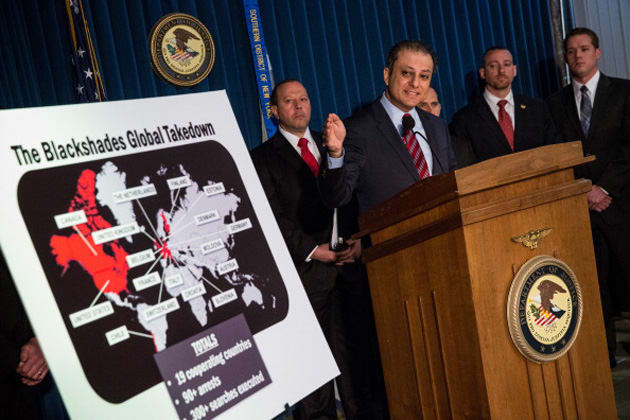 The Blackshades spying hack group may have come crashing down with a bang last year, but its alleged leader is going considerably more quietly. Alex Yucel has pleaded guilty to charges that he distributed Blackshades' remote control tool, which let creeps eavesdrop on webcams, track keyboard strokes and hold computers for ransom. Whether or not he faces a stiff penalty is still up in the air, however. Sentencing isn't until May 22nd, but Yucel has already said he won't appeal if he gets less than 7.25 years in prison. The court could easily throw the book at Yucel given that Blackshades violated the privacy of half a million people, but it may not be eager to spark a prolonged fight.

Source: Reuters
In this article: alexyucel, blackshades, crime, hack, hacking, hacks, internet, law, malware, privacy, rat, webcam
All products recommended by Engadget are selected by our editorial team, independent of our parent company. Some of our stories include affiliate links. If you buy something through one of these links, we may earn an affiliate commission.