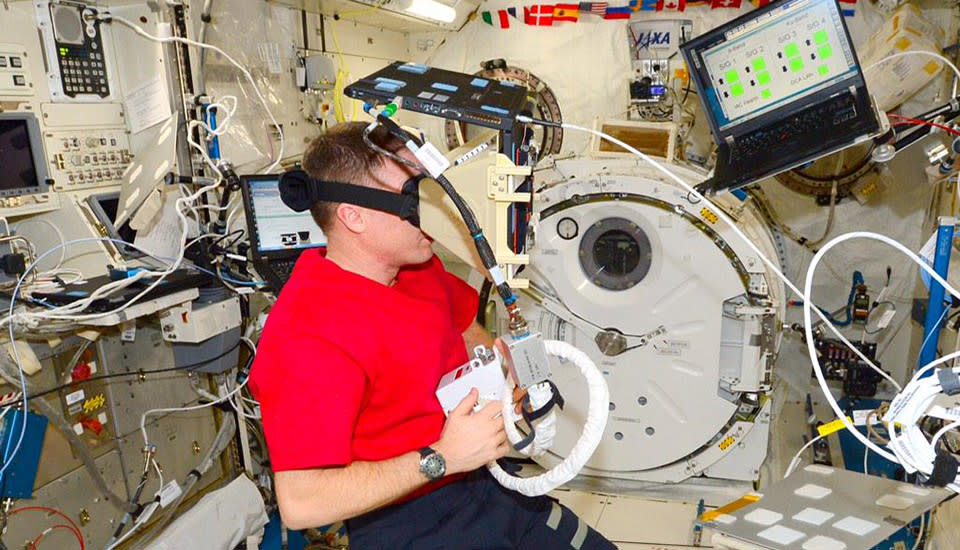 Astronauts can't waste their jetpacks' fuel horsing around, lest they run into trouble, Gravity-style. Instead, they practice on board the ISS with a chunky laptop strapped to their head -- for real. That laptop runs a virtual reality simulator through a VR headset that's far more... substantial than the ones we're used to here on the ground. It's absolutely necessary for them to know how to control those jetpacks, since they're used to propel astronauts to safety if their tether gets severed during a space walk. These jet packs, by the way, are called Simplified Aid for EVA Rescue or "SAFER." They're completely different from the armchair-like propulsion systems called Manned Maneuvering Unit (the one Mr.Clooney was using in the aforementioned movie) that astronauts use to go to locations far from the ISS. SAFERs are the backpacks they wear during tethered space walks near the station, which they can fire up if they're in danger of getting lost in space.

In this article: BigPicture, JetPack, nasa, space, virtual reality, vr
All products recommended by Engadget are selected by our editorial team, independent of our parent company. Some of our stories include affiliate links. If you buy something through one of these links, we may earn an affiliate commission.