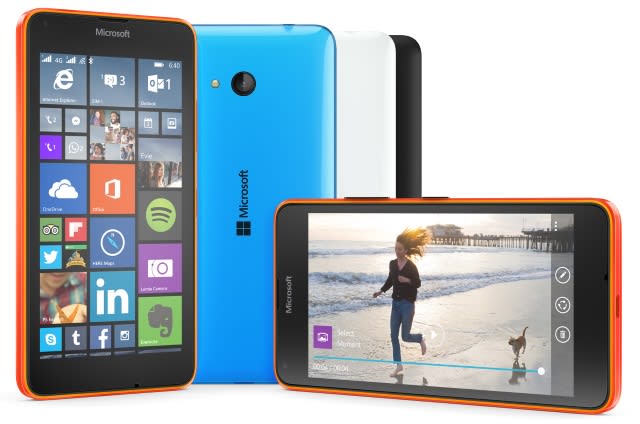 After mistakenly letting the cat out of the bag yesterday, Microsoft has officially unveiled its latest Lumia phones at Mobile World Congress -- and they're pretty tempting if you're looking for a good deal. The new Lumia 640 and 640 XL (can you guess the difference?) are the company's latest budget phones, effectively replacing last year's Lumia 630 and 635. They both include a quad-core Snapdragon processor running at 1.2GHz, a gigabyte of RAM and 720p display resolutions, but they differ in screen size and camera prowess. The Lumia 640 has a 5-inch screen and an 8-megapixel shooter, while the XL -- Microsoft's first budget phablet -- packs in a 5.7-inch screen and a 13MP camera with a Zeiss lens. That's a significant bump from the weak 5MP option in last year's phones, but without a big price increase: The 640, expected in May, will start unlocked at around $155 for its 3G version and $177 for the LTE model. And if you want to get your hands on the XL soon, you're in luck. It's coming later this month for around $211 (3G) and $244 (LTE). As usual, final pricing is up to the retailers.

Just as we saw with the new Moto E, both new budget Lumias include some compelling upgrades that were previously relegated to higher-end phones. In addition to the camera improvements -- which also include new front-facing cameras -- they sport significantly bigger batteries than the 630 (2,500mAh for the 640 and 3,000mAh for the XL). Both phones can also be upgraded to Windows 10 down the line, and they come with a year's worth of Office 365 (which includes a terabyte of OneDrive cloud storage). 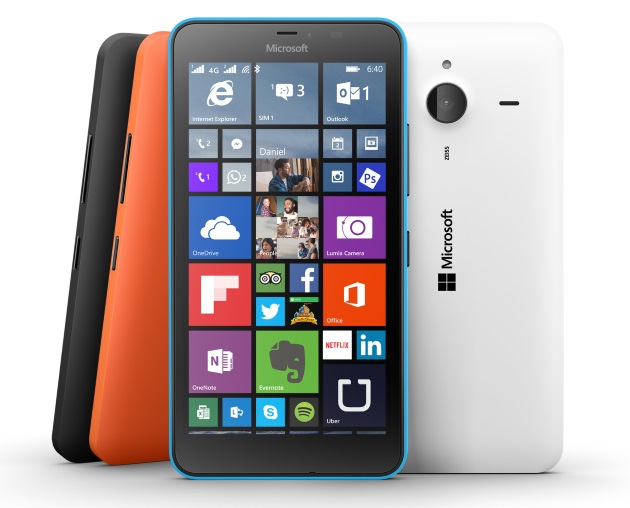 In my brief hands-on time with the phones, I was surprised to find that they both felt pretty comfortable in my hand. Yes, even the giant 640 XL. Microsoft's head of mobile device marketing, Ifi Majid (a Nokia transplant), tells me the company learned a lot from the massive 6-inch Lumia 1520, a gorgeous phone that was a beast to hold. Microsoft's designers ended up settling on a 5.7-inch screen as the upper limit for how big they could make a phone without sacrificing comfort. The 640 XL's rounded edges are also far more forgiving in your pocket than the 1520's sharper angles.

If you're hoping for a new Microsoft flagship phone, though, expect to wait awhile. According to Majid, it "doesn't make sense" to release a new flagship until Windows 10 comes out later this year (there's no firm release date yet). A killer flagship will be a huge draw for Windows 10; there's no doubt about that. But such a long wait leaves Microsoft with nothing to show as every other phone maker trots out their latest wares. We might even end up seeing the next iPhone before it's revealed. At this point, the six-month-old Lumia 930 is the best phone Microsoft's got (we may eventually see a minor upgrade in the form of a Lumia 940, though).

While they're not as flashy as the latest high-end phones being announced this week, Microsoft's new Lumias prove one thing: It's going to be a pretty damn interesting year for budget phones.

In this article: Lumia 640, Lumia 640 XL, microsoft, mobilepostcross, MWC2015
All products recommended by Engadget are selected by our editorial team, independent of our parent company. Some of our stories include affiliate links. If you buy something through one of these links, we may earn an affiliate commission.