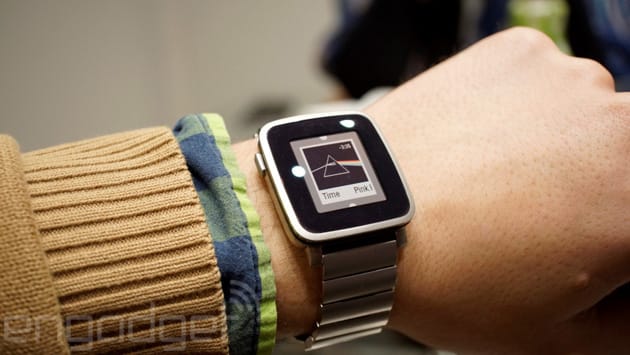 You knew it was going to happen -- just days after Pebble's Time smartwatch topped the company's previous Kickstarter record, it's now the most-funded Kickstarter project ever at more than $13.3 million. Almost all of the pledge money has gone toward the basic wristwear so far, but it's the unveiling of the higher-end Pebble Time Steel that put the campaign over the top. It's still not shocking that Pebble would do so well given its established fan base and skillful use (or abuse) of crowdfunding for publicity. The real question is whether or not the Time will face any stiff competition in the near future. Barring surprises, it'll likely rule the roost for a long while.

Source: Kickstarter
In this article: crowdfunding, kickstarter, mobilepostcross, pebble, pebbletime, pebbletimesteel, smartwatch, watch, wearable
All products recommended by Engadget are selected by our editorial team, independent of our parent company. Some of our stories include affiliate links. If you buy something through one of these links, we may earn an affiliate commission.