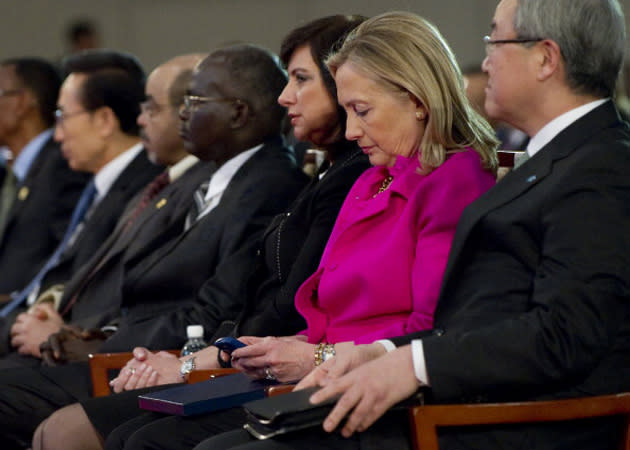 Just because Hillary Clinton wasn't using work email as Secretary of State doesn't mean she was throwing caution to the wind -- if anything, she may have been shrewder than most. The Associated Press has learned that Clinton conducted official business using an email server registered to her home. It's not clear exactly where the server was or who ran it until 2013 (probably not internet 'inventor' Al Gore), but the move gave the politician a lot of control. Since the email was strictly hers, she could decide if and when she turned over messages to the government or lawyers. It may have also let her toughen up security versus off-the-shelf services. If the server was in her house, she would have even had the Secret Service offering physical protection.

With that said, a private email server has its own share of legal and security risks. A Clinton representative tells the AP she followed the spirit of the Federal Records Act, which requires that politicians hand over work-related email, but it's hard to know if there are any gaps in the record. Also, a personal server doesn't have a big support network to fall back on if there's an outage or a potential hacking attempt. However careful Clinton was, others aren't as likely to follow in her footsteps. Current Secretary John Kerry is depending on his official account, and a bill passed in 2014 requires that government staff forward their work-oriented private email within 20 days. There just isn't much incentive to run your own account when all your work messages will end up in someone else's hands.

In this article: email, government, hillaryclinton, internet, secretaryofstate, security, server, StateDepartment
All products recommended by Engadget are selected by our editorial team, independent of our parent company. Some of our stories include affiliate links. If you buy something through one of these links, we may earn an affiliate commission.