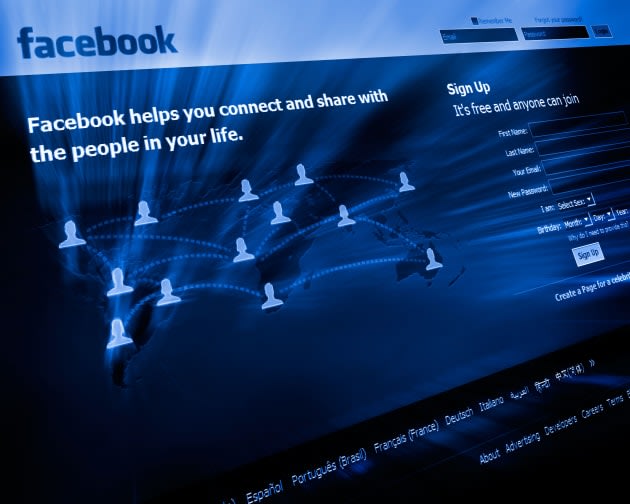 As if Facebook couldn't get any bigger, it's looking like The Social Network wants to start natively hosting content from news organizations. As The New York Times' sources tell it, Zuckerberg and Co. have been in talks with at least six media companies about publishing their content directly on the site -- no link-clicking required. The initial round of publications apparently includes The New York Times, Buzzfeed, National Geographic and our sister publication The Huffington Post. The reason? Websites take too long to load, and Facebook says that on mobile, the average eight-second page-load is too much. Of course, the outfit has a vested interest in mobile, hence it stepping in.

Some of that load-time comes from advertisements, of course, which is how publications keep the lights on. From what the NYT says, it doesn't seem like this pitch is going over too well, and probably for good reason. Facebook hasn't exactly established much of a revenue (or traffic-data) sharing precedent, and at this stage, the whole deal looks very one-sided: Users stay on Facebook longer while news organizations sacrifice audience info and advertising income in exchange for eyeballs on its content. The argument here is that it could help a story get more views because, like its native video posts, these news stories would gain favor in the social media juggernaut's curated news feed. Whether that'll balance out for publications in the long run is anyone's guess at this point.

My quote has gone viral but is being stolen by others. Read the original piece here http://t.co/7jrNn8XHcN pic.twitter.com/aO2dO25T55

Source: The New York TImes
In this article: advertising, buzzfeed, facebook, huffington post, Internet, mobilepostcross, NationalGeographic, nativehosting, news, newsfeed, NewYorkTimes
All products recommended by Engadget are selected by our editorial team, independent of our parent company. Some of our stories include affiliate links. If you buy something through one of these links, we may earn an affiliate commission.