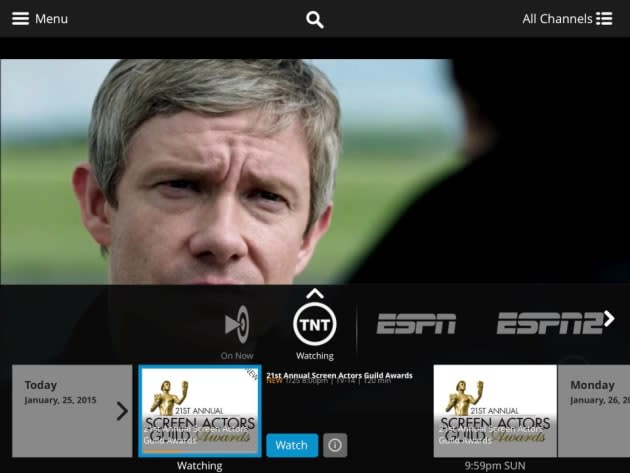 As of today, Dish Network's on-demand international service has a new name: Sling International. Formerly known as DishWorld, it consists of more than 200 international channels spanning 18 languages. Packages start at $15, and not surprisingly, you'll be able to access it through the Sling TV apps, or through a new Sling International app. Given the solid launch for Sling TV, Dish's $20 digital TV service, it makes sense for the company to consolidate its on-demand offerings. It also makes Sling TV seem more and more like a traditional subscription TV offering -- which is great for people who demand plenty of choice.

"Sling TV grew from the foundation established by DishWorld, enabling us to test, grow and perfect our OTT capabilities through a service that streams tens of millions of hours of content every month," Sling TV CEO Roger Lynch said in a statement.

While Dish managed to be the first company to roll out a significant on-demand TV service, we're also hearing that Apple is planning to unveil its own service later this year (likely along with some new Apple TV devices). Together with Netflix, Hulu Plus, Amazon's streaming video and HBO Now, 2015 may end up being the year more people consider dumping their traditional cable subscriptions. But of course, they'll just be exchanging one massive subscription for a bunch of cheaper ones.

Source: Sling
In this article: Dish Network, hdpostcross, Sling International, Sling TV
All products recommended by Engadget are selected by our editorial team, independent of our parent company. Some of our stories include affiliate links. If you buy something through one of these links, we may earn an affiliate commission.