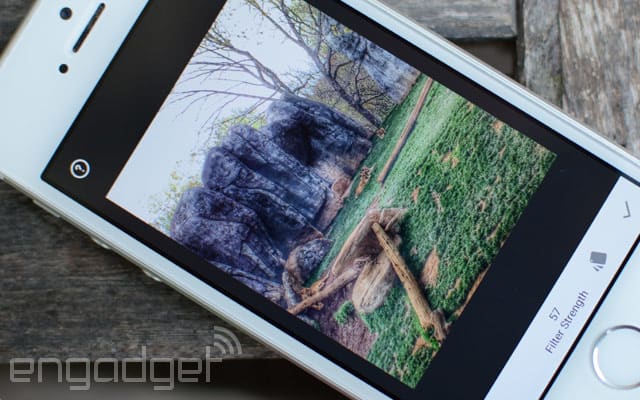 It's been a while since Google nabbed Snapseed developer Nik Software, and after a handful of updates, the second version of the photo-editing app is rolling out. There are a load of new features for both iOS and Android, including non-destructive editing. Thanks to Stacks, you can undo and re-edit any image, in addition to copying tweaks from one photo to another -- a feature we've seen in Adobe's iOS software. As far as added tools are concerned, Lens Blur, Tonal Contrast, Perspective Transform, and Spot Healing bring handy desktop editing to mobile. There's a new Brush tool too, allowing edits to be applied to only a certain part of an image. Last but certainly not least, a redesigned UI provides a major aesthetic upgrade over previous versions. If your trusty device hasn't alerted you to the update yet, or you're looking to try it for the first time, the latest version of the free app is available at Google Play and iTunes.

Source: Snapseed (Google+)
In this article: app, editing, filters, google, mobilepostcross, photoediting, photography, photos, snapseed, software
All products recommended by Engadget are selected by our editorial team, independent of our parent company. Some of our stories include affiliate links. If you buy something through one of these links, we may earn an affiliate commission.