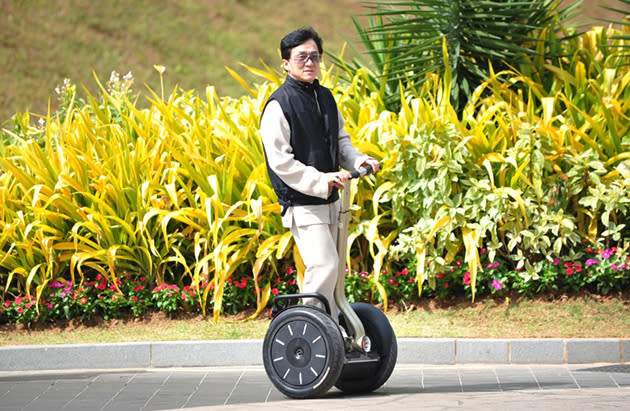 Can't say we saw this coming, but Segway has just been fully acquired by a Chinese company called Ninebot, which also specializes in self-balancing human transporters. The irony here is that Segway actually accused its then competitor of IP infringement just a little over six months ago, according to Bloomberg. Unsurprisingly, as a three-year-old startup, Ninebot needed a little help from others with this purchase: the same event announced that Ninebot received an $80 million investment from Xiaomi -- who's got plenty of cash to play with -- plus three venture capital firms, but there was no mention of how much of that went towards said acquisition. What's also unclear is the future of the Segway brand, but it'll no doubt provide Xiaomi another gateway into the US market.

In this article: breaking news, china, human transporter, ninebot, segway, self-balancing, xiaomi
All products recommended by Engadget are selected by our editorial team, independent of our parent company. Some of our stories include affiliate links. If you buy something through one of these links, we may earn an affiliate commission.