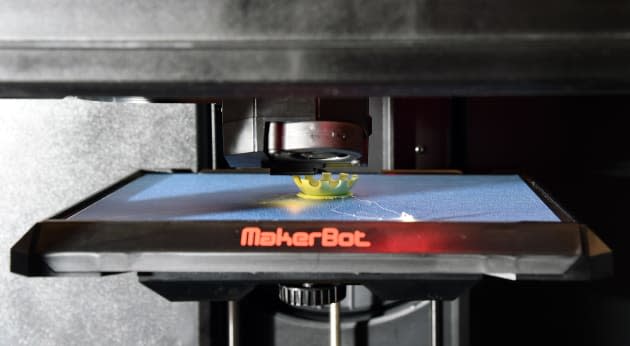 MakerBot is perhaps the most well-known consumer 3D printer company on the market, having sold tens of thousands of Replicators since its start in 2009. It's a large part of why Stratasys, an industrial 3D printer and manufacturer, decided to acquire MakerBot in 2013. Two years after that merger, however, things don't seem quite so rosy. Motherboard has learned that MakerBot has apparently laid off roughly 20 percent of its staff -- which is around a hundred people -- as part of a recent consolidation effort by parent company Stratasys. An employee told the outlet that the company is trying to eliminate duplicate positions and streamline operations as a whole.

The edict reportedly came from new CEO Jonathan Jaglom, who took over the position last month. Former CEO and MakerBot founder Bre Pettis left the role to join Stratasys late last year, as did interim CEO Jenny Lawton a few months later. Mass layoffs at the most successful consumer 3D printing company probably don't paint a positive picture on the market for consumer 3D printers as a whole, but it remains to be seen if this restructuring will be beneficial or detrimental to the organization.

UPDATE: MakerBot has published a blog post confirming its recent round of layoffs and announced that it's also closed down three retail stores. The company states:

"Today, we at MakerBot are re-organizing our business in order to focus on what matters most to our customers. As part of this, we have implemented expense reductions, downsized our staff and closed our three MakerBot retail locations. With these changes, we will focus our efforts on improving and iterating our products, growing our 3D ecosystem, shifting our retail focus to our national partners and expanding our efforts in the professional and education markets."

In this article: 3dprinting, layoffs, makerbot, stratasys
All products recommended by Engadget are selected by our editorial team, independent of our parent company. Some of our stories include affiliate links. If you buy something through one of these links, we may earn an affiliate commission.