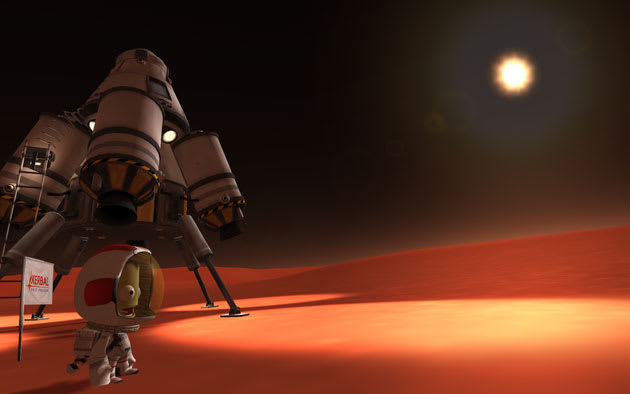 Squad's Kerbal Space Program has often seemed like a never-ending experiment. The first public version of the spacecraft building game was released in 2011, and it's been in a rough state ever since. At last, though, it's officially ready for action -- the developer has revealed that KSP 1.0 will be available on April 27th. This polished version will be very familiar if you've tried pre-release code on your Mac or Windows PC, although that's not a bad thing. As before, your only real goal is to explore the Kerbals' solar system using the best rockets, landers and probes that you know how to make, with (mostly) realistic physics teaching you about the challenges of reaching orbit and touching down on distant planets. The game is close enough to the real thing that the likes of NASA and SpaceX's Elon Musk approve, so it's worth a look if you want to imagine what a Mars landing would be like years before it happens.

Source: Kerbal Space Program
In this article: gaming, kerbalspaceprogram, mac, software, space, squad, video, videogames, windows
All products recommended by Engadget are selected by our editorial team, independent of our parent company. Some of our stories include affiliate links. If you buy something through one of these links, we may earn an affiliate commission.