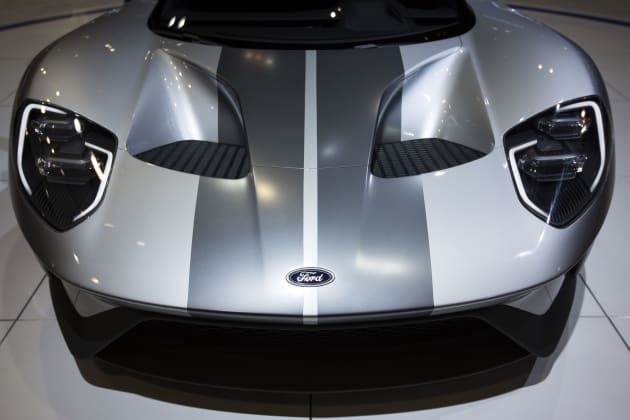 With both Apple and Google wrangling to become the infotainment center of your next new car, Ford will be choosing neither. Or both, depending on how you look at it. During an interview with Re/code, Ford CEO Mark Fields provided some details on how his company will be leveraging its in-house designed Sync system to act as middleman between smart devices and vehicles.

Like many other carmakers, Ford will equally support both Apple's CarPlay and Google's Android Auto services, but Sync is still the primary system. The reason is simple, Ford CTO Raj Nair explained to Re/code, "We want to make sure you are not pushed into a decision on a $40,000 car based on your $200 smartphone." And since neither Apple's or Google's offerings can do everything that the other can, Sync will be able to leverage the features of either regardless which OS drivers use. As such, Ford is touting a high level of flexibility with Sync -- like letting drivers navigate with Google Maps through their phone but still play Sirius stations using the in-dash receiver.

When the Sync 3 platform debuts this summer, it promises a better touchscreen than its predecessor, new apps and the ability for future updates to occur over Wi-Fi, not just via the OBD-II port or USB. Ford is also working on adding cellular capabilities to its vehicles, and has its own tech for both semi- and fully-autonomous driving, though there's no word on when those features will actually roll out.

Source: Re/Code
In this article: android, AndroidAuto, Apple, CarPlay, ford, Google, googlemaps, MarkFields, sirius, Sync, Sync3
All products recommended by Engadget are selected by our editorial team, independent of our parent company. Some of our stories include affiliate links. If you buy something through one of these links, we may earn an affiliate commission.