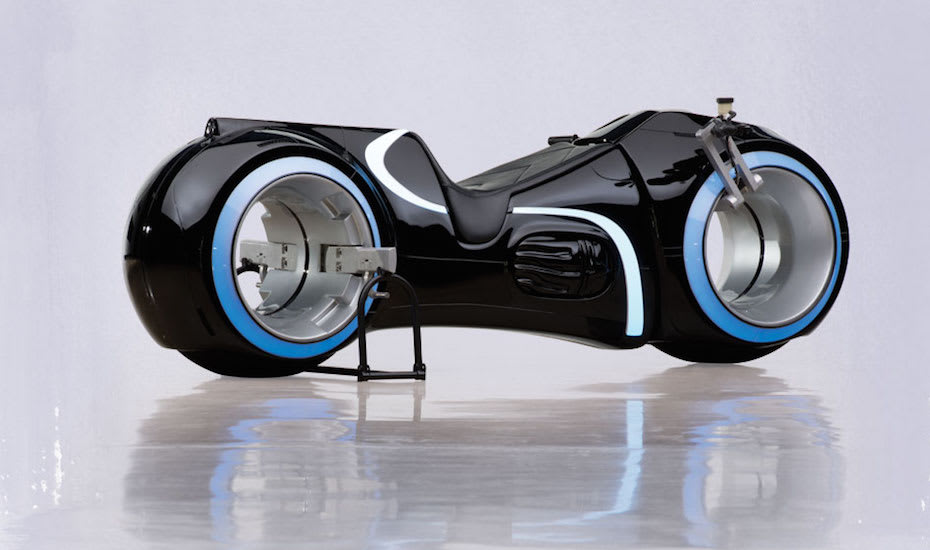 As movie vehicles go, not many rank as high on the cool scale as a Tron lightcycle. So when father and son collectors Paul and Chris Andrews decided to offer up their full-scale replica of the two-wheeler from Tron: Legacy for auction at Sotheby's, we suspected it might sell for a little more than its $25,000 - $40,000 valuation. Turns out that was a bit of an understatement. On May 2nd, the ride, with its 96 volt electric motor with lithium batteries and a computer controlled throttle, fetched a tasty $77,000, almost doubling its projected sale value. The new owner gets a lightcycle that's only been driven around the Andrews museum a few times to ensure it's in full working order. All else that is needed is the Daft Punk soundtrack and they'll be pulling 90-degree corners in style.

Via: Geek
Source: RM Auctions
In this article: auction, lightcycle, tron
All products recommended by Engadget are selected by our editorial team, independent of our parent company. Some of our stories include affiliate links. If you buy something through one of these links, we may earn an affiliate commission.