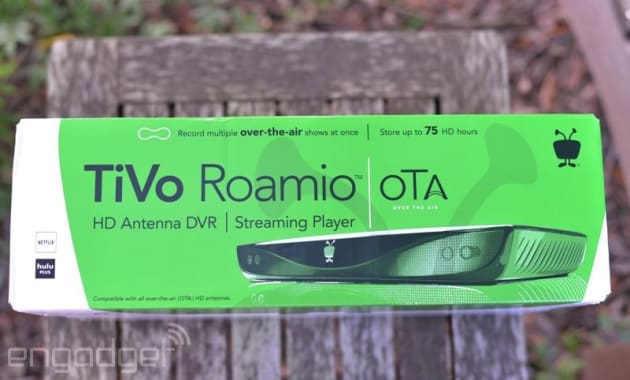 Turns out TiVo snapped up Aereo's trademarks and customer lists for a reason: it's planning to make its own version that won't have broadcasters lining up to sue. According to Multichannel, the company wants to offer their customers low-cost bundle subscriptions to streaming services and specific channels. In an interview in Chicago, TiVo CEO Tom Rogers said he believes the answer to make that happen is the "Aereo model, done legally and better." Unfortunately, Rogers didn't discuss how his company will create a legal version of Aereo's technology, and if it entails paying fees to broadcasters. A spokesperson told Multichannel, though, that TiVo will hold an event in July to officially unveil the new service.

Aereo used to rent out tiny antennae no bigger than a thumb, along with DVRs that can record any show they want. Customers can then access the service on their mobile devices or computers and stream their saved content anytime. Unlike cable companies, though, it didn't pay broadcasters to "re-broadcast" their shows, and that eventually led to a drawn-out legal battle. Despite Aereo's efforts to fight the case, the Supreme Court decided its service violated copyright laws, and the company ended up having to sell its assets at a bankruptcy auction.

Via: PCWorld
Source: Multichannel
In this article: aereo, ota, tivo, tv
All products recommended by Engadget are selected by our editorial team, independent of our parent company. Some of our stories include affiliate links. If you buy something through one of these links, we may earn an affiliate commission.