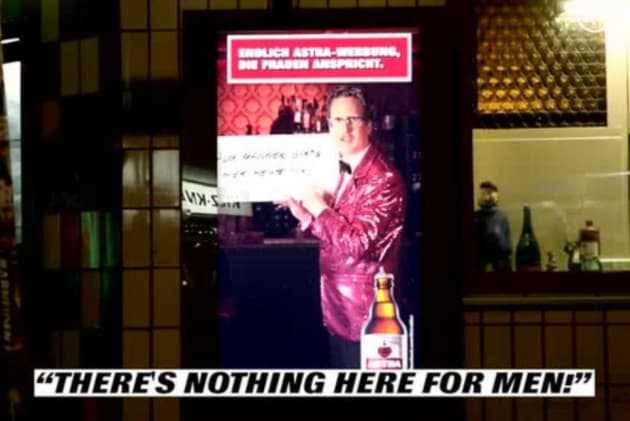 Here in America, women are far more likely to be featured in a beer commercial than actually targeted by one. However in Germany, Astra brand beer is focusing specifically on female drinkers with an unusual and automated billboard that speaks only to them. Developed by the Philipp und Keuntje ad agency and starring German comic star Uke Bosse, these billboards will only activate when women pass by. Each electronic sign is outfitted with a small camera and loaded with cutting-edge "gender detection" software that not only differentiates between the sexes, it also accurately judges their age. Once a lady does pass Bosse's gaze, the ad will activate and automatically play one of 70 pre-recorded snippets. However, when a man walks by, he's told to keep on steppin'. Check out the billboard in action below.

Source: PSFK
In this article: advertising, beer, FacialRecognition, genderrecognition, germany, ukebosse
All products recommended by Engadget are selected by our editorial team, independent of our parent company. Some of our stories include affiliate links. If you buy something through one of these links, we may earn an affiliate commission.