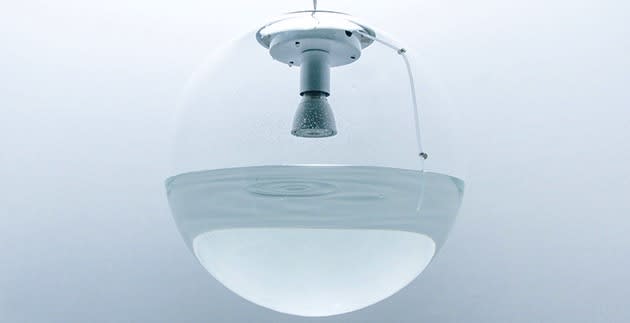 Everything about Tesla is groundbreaking, including its direct-sales model. Laws in New Jersey, Ohio, Texas and Michigan have sought to prevent the electric carmaker from bypassing third-party dealerships and selling cars directly to customers. Last week, Tesla scored a big win in Maryland, when the state's governor signed a bill allowing the company to operate its own dealerships in the state. In other green transportation news, a 28-year-old woman is preparing to row all the way from Japan to San Francisco in a rowboat, with no support vessel. Airplane manufacturers have yet to unlock the potential of 3D-printing airplane parts, but the engineers at GE Aviation recently conducted a test, offering a possible glimpse of the future. The team created a mini jet engine that can roar up to 33,000 RPM, and it comes right out of a 3D printer.

3D printing can be used to create much more than just jet engines; the emerging technology is also being used to help injured animals. An injured sea turtle received a new, custom-made 3D-printed jaw, giving it a second chance at living a normal life. The French cosmetics company L'Oréal recently announced plans to begin 3D printing human skin. The company is partnering with the San Diego–based startup Organovo to ramp up the production of lab-grown skin. Humans have never been content with just letting the natural world do its thing. Scientists in Italy have been experimenting with spraying spiders with graphene, creating super spiders that can spin webs that are six times stronger than normal ones.

Sony has produced a new energy-efficient LED lightbulb that doubles as a Bluetooth speaker. But if you're thinking about buying one, you'll have to dig deep: The LED bulbs retail for $200 apiece. In other green tech news, YiREGO announced pre-orders for Drumi, its $129 foot-powered clothes washer, and designer Matt Dalio has developed a new gadget that transforms your family TV into a computer. On the design front, this week Inhabitat reported live on the best new products from New York Design Week -- including 28 inspiring lighting designs. We also featured eight transforming furnishings that do double duty, a new line of mind-bending 3D wallpaper and an amazing water-filled lamp that makes it rain inside your house.

Concrete is one of the strongest and most resilient building materials in the world, but there's always room for improvement. A team of Dutch researchers has been working on creating a new type of concrete that uses bacteria to repair its own cracks. In other architecture and design news, Airbnb celebrated a new law allowing Londoners to rent out their homes by floating a two-story house down the River Thames. If you prefer a more out-of-this-world lodging experience, there's a hotel in Slovenia that features levitation suits that suspend guests from the ceiling, making them feel like they're in a zero-gravity environment. But if staying in hotels isn't your thing, you might try Travelbox, which allows you to carry around your own pop-up hotel room in a box. The box weighs in at just 132 pounds, and it unfolds into a bed, chair, table and even a bike. Or check out the Ecocapsule -- a tiny, solar-powered pod house that lets you live off-grid anywhere in the world. As the world's population continues to grow, food shortage is a very real issue. To deal with the problem, Spanish design firm Forward Thinking Architecture proposes to build floating farms to promote long-term food security and resilience.

In this article: 3d printing, Airbnb, eco-friendly, inhabitat, InhabitatsWeekInGreen, LED, solar, Tesla, week in green
All products recommended by Engadget are selected by our editorial team, independent of our parent company. Some of our stories include affiliate links. If you buy something through one of these links, we may earn an affiliate commission.