Apple iPad Pro 12.9 review: The rest is yet to come 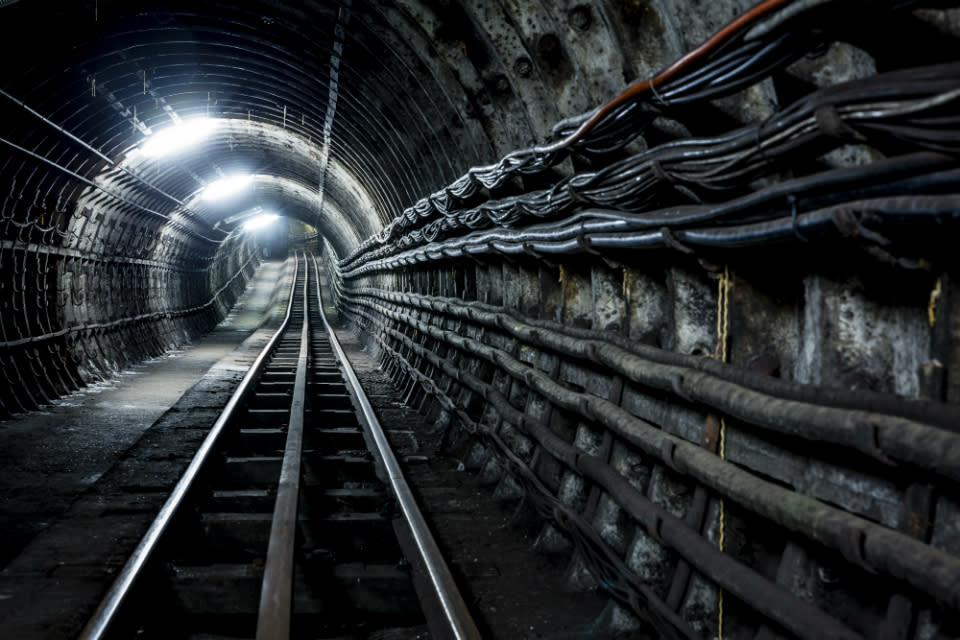 Deep in the heart of London, buried beneath 70 feet of soil and concrete, lies a hidden underground railway. For almost 80 years, the UK's "Mail Rail" transported letters and parcels between the capital's main post offices and a few overground train stations, where they could then be delivered across the country. It was a unique way to avoid street congestion, but by 2003 the line had become uneconomical to run. The decision was made to shut it down and it's laid dormant ever since, invisible to the public.

Now, the British Postal Museum & Archive (BPMA) wants to open the Mail Rail to the masses. The organization's plan is to open a new museum near Mount Pleasant station and convert a section of the line into a ride. It will, inevitably, mean making some changes to the railway as it stands today. But before any renovations are made, the BPMA wants to preserve the space with a digital archive. Rather than simply taking some photos though, or moving the best artifacts into glass cabinets, the organization opted for a technology called LIDAR. Similar to radar or sonar, this process involves firing a laser in every direction and measuring the time it takes to reflect off other objects. All of these recordings then create a "point cloud," which specialist companies can use to create 3D models. It's also the same technology that self-driving cars use to detect and analyze their surroundings. To record such an unusual site, BPMA enlisted ScanLab Projects. Based in London's Bethnal Green, the company has used LIDAR to document a raft of spectacular places, including the D-Day landing beaches in Normandy, France; a shipping gallery in London's Science Museum; and parts of the Arctic Ocean near Svalbard, Norway. After capturing each location with the laser scanner, ScanLab goes over them again with a DSLR camera. Back in the office, the team then flattens the 3D model into 2D panoramas and lines them up with the DSLR photos. The images from the laser scanner contain depth information, meaning the colors captured by the DSLR can later be applied to the 3D model.

"Conceptually, this removes the need to take a photograph and choose the angle when you're at the location," ScanLab co-founder William Trossell says. "You can come back into our office and spend months, or years finding exactly the right perspective." If any space deserves such meticulous treatment, it's the Mail Rail. While it was operational, the carriages would carry up to 4 million letters along 23 miles of track every day. It was the first driverless, electrified railway and the only purpose-built underground mail transit system in the world. The line was originally called the "Post Office Underground Railway" and it launched in 1927, but the initial tunneling work was actually completed a decade earlier. Its structural integrity proved useful in World War I when it was used to protect art pieces from The National Portrait Gallery, the Tate and the British Museum during German bombing raids. In World War II, the network also doubled as dormitories for post office staff.

Most importantly, the Mail Rail has been left untouched since its closure. A few engineers still work on the line to check for water damage and other structural problems, but otherwise nothing has been moved. Royal Mail never planned to close the Mail Rail down completely, so on the last "official" day in 2003, staff simply downed their tools and left. They unknowingly created a near-perfect time capsule, a snapshot in history.

ScanLab spent five days mapping the railway with two separate scanning teams. Even now, the BPMA isn't sure how it'll use the data inside the new museum. VR is one option, but the team is also considering mobile apps. Visitors could hold their phones up at the walls, for instance, and see the original space like a rift in the fabric of time. Parts could also be used as projections during the ride, or as an alternative experience for visitors with disabilities. "For people with claustrophobia, or people that aren't comfortable with enclosed spaces, it's not going to be a pleasant experience on the ride," a BPMA spokesperson said. "However, we want them to be able to experience it, so applications like this are some of the options we're now exploring to try and bring that experience to them."

LIDAR data can be used for many different purposes. A surveyor might be interested in the raw geographical information -- just a spreadsheet with the numbers the LIDAR spat out. An architect, however, could request a top-down plan of a building. "We can take the roof off the structure and then pull the first floor away from the second floor -- almost architecturally dissect the building," Trossell adds. "Then it becomes a good tool for investigative processes, where you're trying to forensically re-examine a crime scene, or work out where the light sockets are because you need to know where to put the new ones." Other LIDAR and 3D visualization companies are doing similar work; Digital Surveys, for instance, mapped a ship called the Northern Wave vessel to help engineers design new upgrades; Historic Scotland and the Glasgow School of Art are scanning 10 historic landmarks, including five World Heritage Sites in Scotland, for preservation purposes.

Taking a trip in VR LIDAR visualizations are rarely used in VR experiences though. That's hardly a surprise, given VR is an emerging technology and major players such as Oculus VR, Sony and Valve have yet to release consumer hardware. But ScanLab has been pressing forward and exploring how its model could be adapted for virtual reality. In its spacious design studio in London's Bethnal Green, the company has rigged up an Oculus Rift DK2 headset with plastic prongs and white balls attached on top. Six cameras on the ceiling track their whereabouts and replicate the users' movement inside the Mail Rail visualization.

The experience differs from typical VR demos because it shows an exact reproduction of a real-world location, rather than a level from a video game. The idea is that users will be drawn to the Mail Rail's nooks and crannies and everyday objects knowing that, over a decade ago, real people were interacting with them. Walking through the model from the same perspective as an employee should, in theory, help people to visualize what it must've been like down there, especially during the two World Wars. For now, ScanLab is only loading a portion of its 3D model inside the Oculus Rift. Booting up the entire visualization, at least with their current hardware, would involve too much processing. Not that it really matters -- ScanLab's motion-tracking setup is in the middle of its office, so testers can only walk three or four steps before bumping into tables and chairs anyway. At such close quarters, the quality of the model isn't perfect either. Everything looks just a tad grainy, like an analog TV that hasn't been tuned correctly. In addition, ScanLab can only load a single LIDAR scan at once. It means that if you look in places that, at the time of capture, were blocked by other objects in front of the scanner, you'll sometimes see black "data shadows." However, this experience is only an experiment -- a version for the museum would no doubt incorporate a more complete model.

VR is an immersive way to experience any 3D space. But ultimately, the work BPMA and ScanLab have done goes beyond a cumbersome set of goggles. They have digitally archived a place that few people have ever seen before, and soon it'll be available to anyone that's able to travel to London. In humanity's quest to preserve historic spaces, LIDAR is proving itself to be a valuable tool. The challenge now is to apply that data in a way that benefits the upcoming museum and the stories its curators want to tell.

In this article: lidar, london, mail rail, oculus, royal mail, uk-feature, vr
All products recommended by Engadget are selected by our editorial team, independent of our parent company. Some of our stories include affiliate links. If you buy something through one of these links, we may earn an affiliate commission.