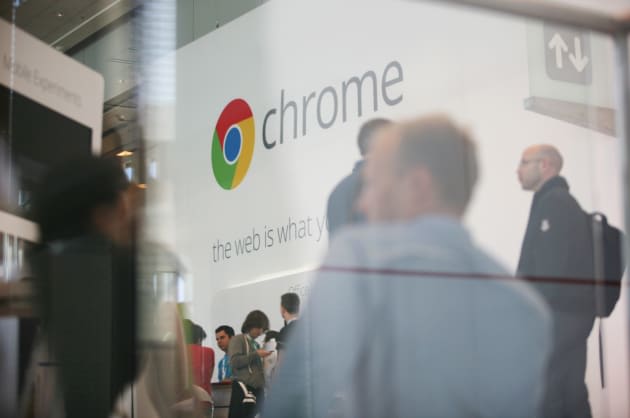 Arguably the biggest announcement to come out of Google I/O last week was the Now on Tap feature that lets you search within apps. Well, a new update for Chrome on Android dubbed "Tap to Search" looks like it could be pretty similar: it lets you search about a term on a web page for information without leaving the page. The example Google gives is that say you're on The Hollywood Reporter and you do a touch-and-hold on the word "America." Not only will it scroll up a search window, instead of stuff about the country, it populates a bunch of information about the flick Captain America: Civil War like pictures, news and casting information. Pretty cool, right? It's in the process of rolling out right now, with Asian language support coming soon and you can see it in action in the GIF after the break.

Source: Google Chrome Blog
In this article: android, chrome, ContextSearch, google, mobile, mobilepostcross, nowontap, search, update
All products recommended by Engadget are selected by our editorial team, independent of our parent company. Some of our stories include affiliate links. If you buy something through one of these links, we may earn an affiliate commission.