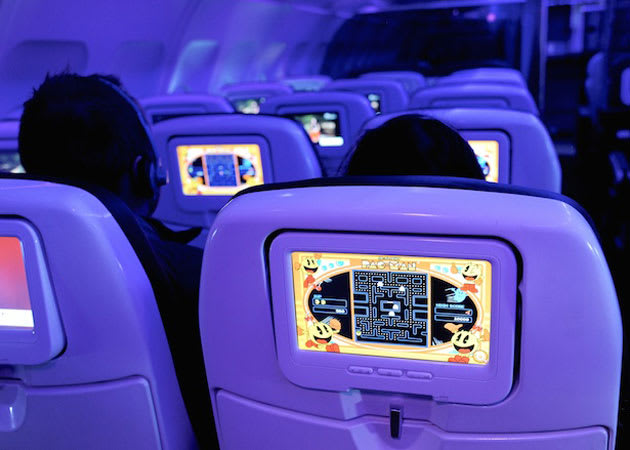 To call most in-flight entertainment systems old and crusty would be generous when even the more advanced systems typically pale in comparison to your laptop or tablet. Virgin America might just narrow that gap, though. It's rolling out a beta version of its Red seatback platform that runs Android on a multi-touch screen, much like many mobile devices. The modern input gives you more sophisticated flight maps and games than you're used to seeing in mid-air -- you can play Pac-Man while you're waiting for your meal, if you like. The devices also have three times as much storage as before, which will let you watch 720p videos including Netflix staples like House of Cards and Orange is the New Black.

You'll have to get lucky to try the new Red tech in the near future. Only three aircraft will have it this month, and 18 will get it by the end of the year. It won't be until 2016 that you can assume that every Virgin America flight has the upgrade. All of the fleet is getting headphone-based surround sound for certain content (such as the first two episodes of Game of Thrones season five), however, so you'll still have something to look forward to on your next long-haul trip.

Source: Virgin America
In this article: airline, airlines, android, flight, in-flightentertainment, panasonic, seatback, transportation, video, virgin, virginamerica
All products recommended by Engadget are selected by our editorial team, independent of our parent company. Some of our stories include affiliate links. If you buy something through one of these links, we may earn an affiliate commission.