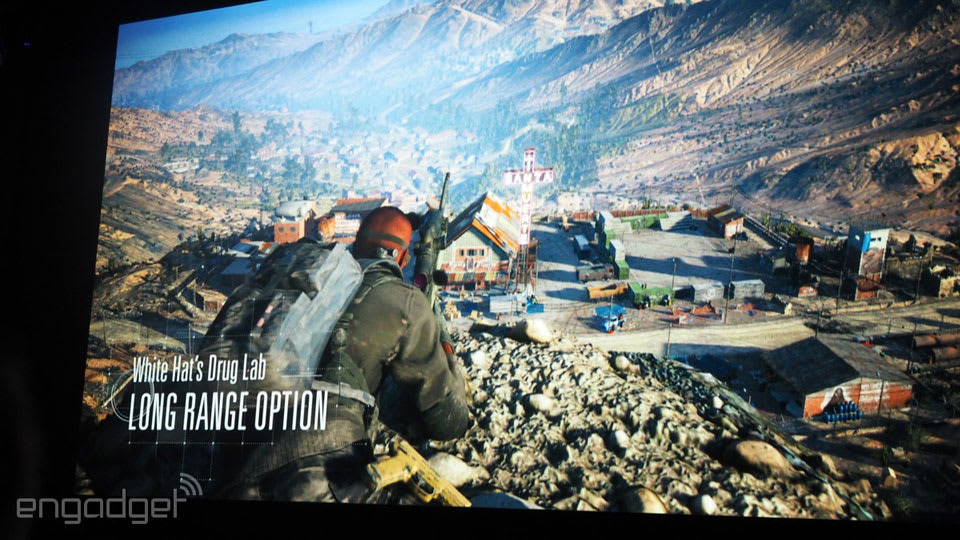 Well, here's something you probably didn't expect from Ubisoft's E3 event: an open-world Ghost Recon game. The developer's just-unveiled Ghost Recon Wildlands has you fighting a Bolivian drug cartel using whatever means you see fit, whether it's sniping targets from a distance, sneaking in under cover of night or simply causing chaos. Vehicles will play an important role, and it'll also be important to get help from (or be wary of) locals. Ubisoft is saying precious little about when Wildlands will show up or what its mechanics are like, but it'll have both co-op and solo play when it arrives on PC, PS4 and Xbox One.

Source: Ubisoft
In this article: e3, e32015, gaming, ghostrecon, ghostreconwildlands, pc, ps4, ubisoft, video, videogames, xboxone
All products recommended by Engadget are selected by our editorial team, independent of our parent company. Some of our stories include affiliate links. If you buy something through one of these links, we may earn an affiliate commission.