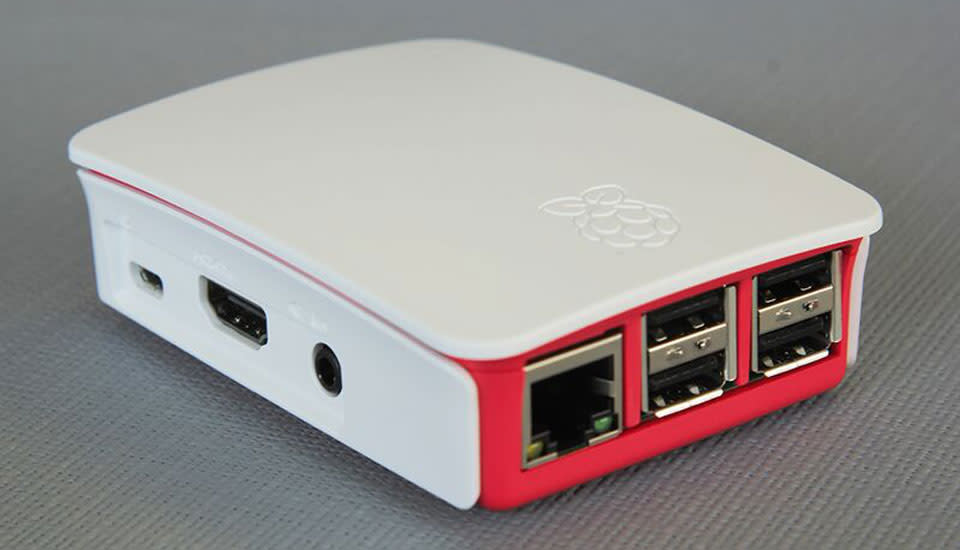 There's no question that the Raspberry Pi is successful among the homebrew computing crowd. However, it's not what you'd call consumer-friendly -- the bare circuit board you normally get is clearly intended for tinkerers who plan to put the mini PC inside their own projects. Mercifully, you won't have to devise a shell for it (or run it exposed) for much longer. Raspberry Pi has released an official case that gives a home to either the Raspberry Pi 2 Model B or the original's Model B+. It's a fairly unassuming piece of plastic, but it'll both protect your gear and give you access to both the primary ports and the GPIO port often used for DIY creations. More importantly, this add-on costs just £6 ($9). At that price, it's a no-brainer if you're treating the Raspberry Pi as a tiny desktop, an ad blocker or some other kind of self-contained machine.

In this article: accessories, case, computer, minipc, pc, peripherals, raspberrypi
All products recommended by Engadget are selected by our editorial team, independent of our parent company. Some of our stories include affiliate links. If you buy something through one of these links, we may earn an affiliate commission.