Microrobotic tentacles pick up bugs without squishing them 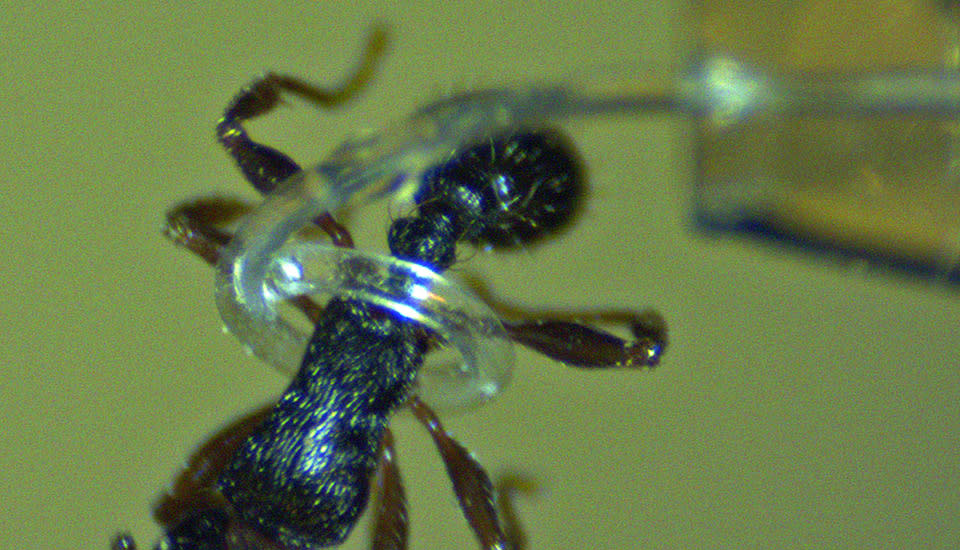 Some researchers develop soft robots, while others specialize on building tiny ones. This robotic tentacle by a team of engineers from Iowa State University, however, is both soft and tiny. In fact, that's a true-to-size ant encircled by the tentacle in the picture above and not a scaled-up version of the bug. Associate electrical/computer engineering professor Jaeyoun (Jay) Kim wanted to "pioneer new work in the field with both microscale and soft robotics." So, he and his team set out to make microtubes using a silicon-based material called PDMS, measuring 8 millimeters in length and less than a hundredth of an inch in width.

The engineers admitted that it was tough to design a teensy tentacle that can delicately handle small and fragile objects. In addition to figuring out how to peel off such tiny tubes from the production templates, they also had to add modifications to the tubes to give them more coils -- they detailed the process in their paper published on Scientific Reports. According to Kim, his team's microrobotic tentacles could be used for medical applications, since they don't squeeze an object to pick it up -- they're "soft, safe and small" and just gently wrap around what they're trying to hold. Thanks to the way they work, they won't damage tissues, nerves or even blood vessels during medical procedures.

In this article: iowastateuniversity, robotictentacle, softrobots
All products recommended by Engadget are selected by our editorial team, independent of our parent company. Some of our stories include affiliate links. If you buy something through one of these links, we may earn an affiliate commission.