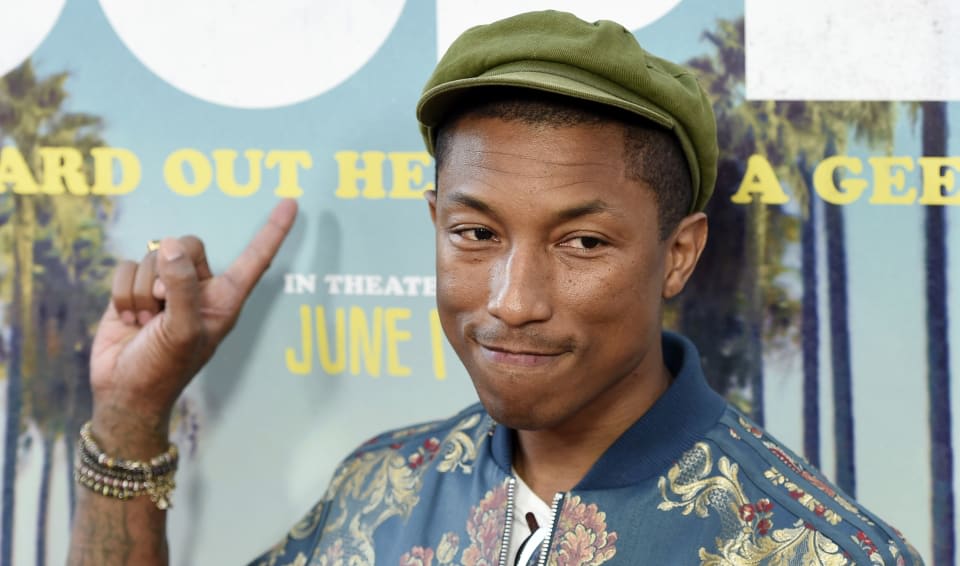 Pharrell Williams has announced that his upcoming song Freedom will be exclusive to Apple Music, the first of no doubt many such announcements to come. The news isn't a huge surprise, considering that the track was featured at Apple's WWDC 2015 developers conference during the Apple Music launch. It's still a coup for Cupertino, however, considering Pharrell's "Happy" was the number one US single last year. Williams made the reveal via a short video teaser on his Facebook page, which noted that the song would arrive "only on Apple Music" on the service's June 30th launch date.

Apple got more good news as indie label umbrella group WIN agreed today to endorse Apple Music. In addition, two key companies that represent indie labels, Beggars Group and Merlin, also struck agreements with the music service just ahead of launch, according to Billboard. All of this is quite a turnaround for Apple, which had a rough couple of weeks after it was criticized by none other than Taylor Swift for not paying artists during a three-month free-trial period.

Indie labels also said earlier they weren't ready to sign on to Music because of the trial period and other outstanding contract issues. However, Apple eventually agreed to pay musicians both mainstream and independent during the service's free trial period. Artists and indie labels are now tripping over each other to congratulate Apple, but many observers think that the now infamous Swift memo gave Apple a way to change its tune without losing face.

Source: WINS, Billboard, Pharrell Williams (Facebook)
In this article: apple, Apple Music, Exclusive, Freedom, hdpostcross, Indie labels, Pharrell Williams, video
All products recommended by Engadget are selected by our editorial team, independent of our parent company. Some of our stories include affiliate links. If you buy something through one of these links, we may earn an affiliate commission.