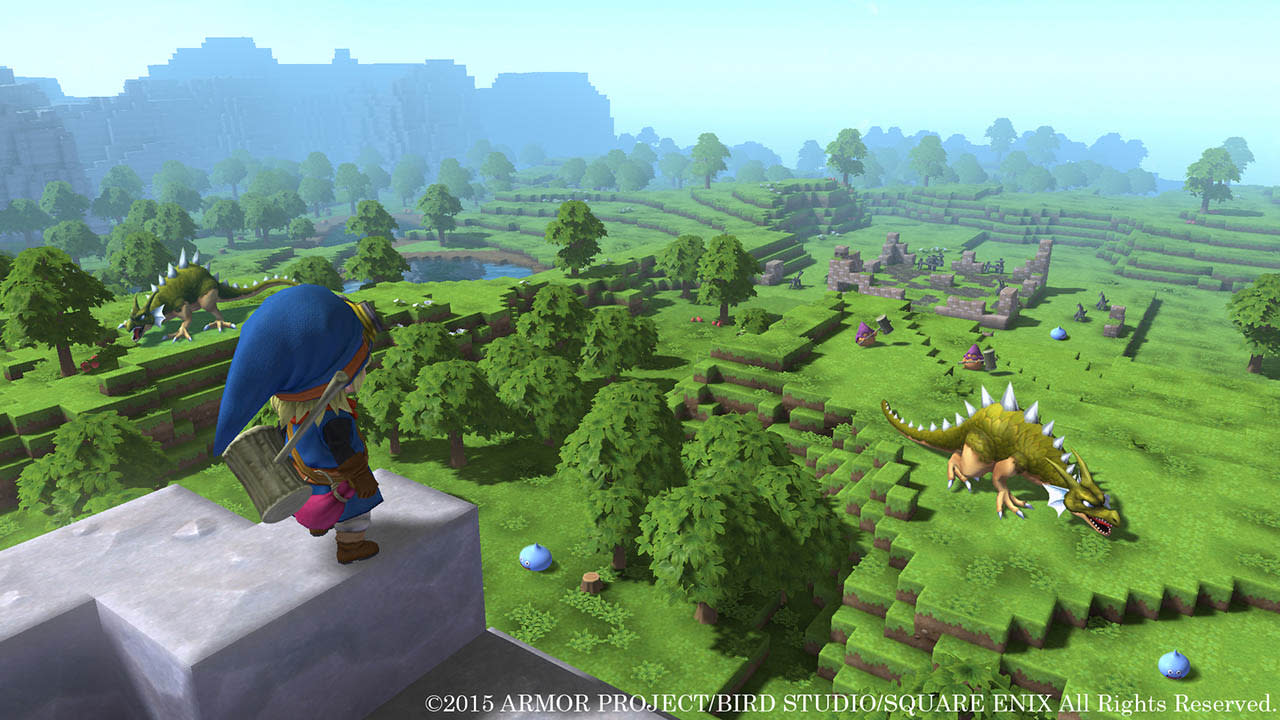 Square Enix has just revealed Dragon Quest Builders, a version of its fantasy RPG set in a Minecraft-style world. The company didn't provide many details other than the screengrab above, which bears a strong resemblance to Minecraft's Lego-like world. However, it did say that it'll be a "block-building RPG" set in Alfegard, the (blocky) 8-bit playground from the original 1986 Dragon Quest NES title. That, plus the 'Builders' title, definitely makes it sound like the spinoff will marry sandbox-type gameplay with Dragon Quest role-playing. If so, we're not sure if that's a brilliant idea or a cynical money grab, but it'll be coming to PS4, PS3 and PS Vita at an as-yet unknown date.

In this article: Dragon Quest, Minecraft, RPG, sandbox, Square Enix
All products recommended by Engadget are selected by our editorial team, independent of our parent company. Some of our stories include affiliate links. If you buy something through one of these links, we may earn an affiliate commission.